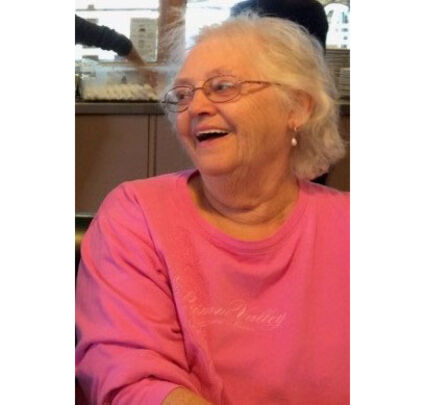 Marjorie (Marge) Ann Armstrong, 80, passed away on Nov. 9. She was born on July 1, 1942 to Thomas and Anna Cornelius Emfinger, and she was the third of five children.

Marge grew up in Bakersfield and the surrounding areas, moving around throughout the central valley. She met her husband David and shortly after their marriage in 1960, they began raising a family. They were first graced with the birth of their daughter, Sherry, then to be followed by their son, David Jr. Several years later, their second daughter, Debra, was born. More time went by and then their second son, John, was born. The family of six enjoyed many trips cross country in the summers to visit family and friends in Missouri, Kansas, Texas, Colorado and Arizona.

As this was the norm of the time, Marge became a very busy housewife, and this consumed her daily. She would always make sure to keep the routine of meeting her husband for coffee at the local pancake house when he would get off work. Grandchildren soon started to come into their lives, and they were blessed with six grandsons, one granddaughter, three great-grandsons and one great-granddaughter.

Her husband passed away in 2015, and after that time Marge stayed in the family home for several years. She then moved to Tehachapi to be closer to a few of her children, until she was ready to move in with her younger daughter and her family.

Marge was preceded in death by many loved ones that she missed daily, but mainly her husband David. She is survived by her children, Sherry, David Jr., Debra and John; her grandchildren, Douglas, Julie, Michael, Matthew, Cody, Andrew and Jacob; and great-grandchildren, Aiden, Demetrius, Sebastian and Caroline.

A viewing was be held at Woods Family Funeral home on Dec. 3 at 9 a.m., to be followed immediately by a Celebration of Life at 10 a.m.