'Another day in paradise' 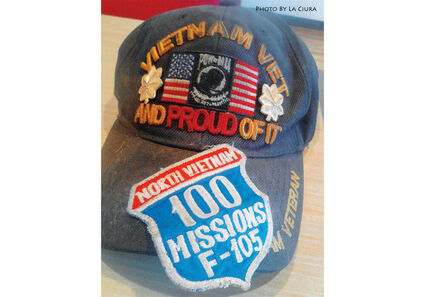 I think this is a good time for a true Christmas story. I call it "Another Day in Paradise." For a lot of us the holidays are hard. I am one of them. I am divorced and my parents are "off planet."

A few years back after the death of my father, I was hanging out in a local coffee house at night during the holidays. I usually saw a man wearing a Vietnam veteran's hat and he was always sleeping. I was concerned about him sleeping sitting up – that's not good for you. One time I saw him during the day and we started talking. I asked him how he was and he said, "Just another day in paradise." That was his standard line. Another friend walked in who owned a Tesla. He told to me to take it for a run, which kind of came out of left field. I didn't know him very well.

As a former auto testing driver, I wanted to go and the Vietnam vet wanted to go, as well. So we did. I let the veteran take the first test drive as he said he had been in aviation for the U.S. Air Force. Before I knew it we were going a real good Mach Number (70 plus). The posted speed limit was 55 but with no one on the road at the time, I was feeling real safe with this Veteran and man the brakes on these Tesla cars worked better than anything. I also had my try driving this new age car.

As I was driving he told me his name was Keith (or Fighter Pilot Keith as I like to clal him). He had been an F-105 Thunderchief back seater and flew many missions in Vietnam. In doing some reading about the F-105 missions, I found out the Wild Weasel F-105Fs, accompanied by two F-105Ds, paved the way for a strike package. It turned out to be one literal hell of a mission. He told me they jammed radar on his missions.

I found out jamming amounted to a passive response to the threat posed by North Vietnamese air defenses; the Air Force also chose a more active response, launching strikes against the air-defense sites. The first attempt at an "Iron Hand" defense-suppression mission took place on July 27, 1965, and it was a complete disaster. The F-105s attacked SAM sites that had been located by air reconnaissance, only to run into heavy fire. Six F-105s were lost, including two to a mid-air collision that killed both pilots, and an RF-101 Voodoo went down, as well.

Keith had been involved in this kind of flying and most of this information was from him.

Republic Aviation's F-105 Thunderchief is an American supersonic fighter-bomber that served with the United States Air Force from 1958 to 1984.

When we got back from our drive, safely I might add, I told the others about the ride and about Fighter Pilot Keith. Some there said I should not believe anything he says. They said he lives out of his car most of the time, he's nuts. Then I went driving with him; they called me nuts, too.

By the way, I believed every word he told me. Keith said on one flight they lost all hydraulics on take-off with an F-105 right at take-off speed, the pilot and him elected not to eject. They crashed on the end of the runway. He told me he was able to pull his pilot out who was hurt. They both made it out OK.

The last time I saw Keith he said he had something to show me. He had all his flight suits, metals and awards he received flying in the F-105 Thunderchief "The Thud." Wow!

Life is about continuing to learn. I try to look at all things with an open mind and I try not to judge people.

Talk to them, you may learn something.