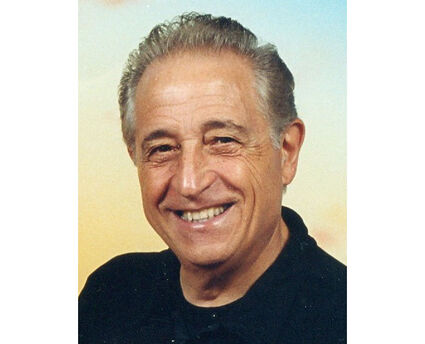 Vincent Jude Apicella, known to family and friends as "Vinnie," passed away peacefully at the age of 83 on Aug. 25, 2020 at his home in Lompoc, with his loving wife Barbara by his side.

Vinnie's six older siblings Louis, Anthony, Arthur, Francis, Joan and Stanley welcomed their baby brother with joy. Six years later, a younger brother, Richard, would complete their family. Vinnie and his siblings shared a happy, loving home with their parents in the neighborhood of Bellerose in Queens throughout his youth. Vinnie enjoyed spending time in the kitchen with his mother who taught him early on about food preparation, cooking and baking, sharing her family's traditional recipes from Naples, which he was happy to share with others throughout his life. He baked bread often and especially enjoyed sharing a loaf with his closest friends.

Vinnie attended St. Leo's Catholic School in the Queens neighborhood of Corona and graduated in 1955 from Jamaica High School in Queens. All throughout his youth, Vinnie's mother's advice was to "follow your heart, my son" and his father's advice was to "get a good education and find honest work." Following high school, he attended classes at Hofstra University while working nights at a mental institution. Unfortunately, he suffered a serious back injury when attacked by a resident which resulted in an immediate change of plans for Vinnie. It was at this point that he decided to follow his passion, his heart and his dream to become a professional dancer. For years, he worked various jobs to save money to one day take dance lessons.

Vinnie's sister Joan recalls that in his early years, of all the siblings, he was influenced the most by music and dance. He was a dancer from the time he was a little boy and was considered the black sheep of the family. He drove their parents crazy with his love of dance, and on Saturday afternoons the family would roll up the rug in the living room, put on some music, and dance!

Vinnie began his formal dance training in ballet, ballroom and jazz at the prestigious Fred Astaire Dance Studio in Manhattan just over the Brooklyn Bridge from his home in Queens. He also took lessons at the well-known June Taylor Dance Studio where dancers were taught elaborate choreography in ballet, ballroom, jazz and kaleidoscopic geometric patterns. Vinnie was later hired as a professional dancer at the Tamarack Lodge resort hotel in New York's Catskill Mountains. From there, he relocated to South Beach Miami and began performing in a number of Broadway-style shows at luxury hotels in the South Beach area, including the beautiful Fontainebleau, the Versailles, and the Algiers. Vinnie was teaching dance lessons during the day and dancing at night. His stage name was "Vinnie Valentie."

Vinnie's entertainment career came to a close when he was drafted into active duty by the U.S. Army. He arrived at Camp Kilmer, New Jersey in January of 1961 for basic training; however, the back injury previously suffered made it impossible for him to complete basic training, and he was sent to Walson Army Hospital for treatment. Eventually, Vinnie was recycled through basic training and assigned to the Ordnance Guided Missile School at Ft. Monmouth to train as a missile electronics technician specialist. While in the Army, Vinnie attended night school at the University of Alabama's Huntsville extension to complete a course in computer design. After serving his two years at Redstone Arsenal, he was discharged in early 1963 ranked as an Electronics Technician Specialist 4. Upon discharge, his computer education, together with his military electronics training enabled him to find "honest" work in the aerospace industry. Vinnie's first job after the Army was with Hayes Aircraft Missile and Space Division in Huntsville.

While in Huntsville, Vinnie's daughter, Yvonne Michelle, was born to he and his first wife. He joined Chrysler Space/Missile Division in Huntsville and worked with NASA, as a member of the Apollo/Saturn launch team at Cape Kennedy for four years. Following that, he worked with Raytheon Corporation, in the Air Traffic Control Systems Service Division in Boston. After successful completion of the systems at Los Angeles and Indianapolis' Weir Cook airports, Vinnie realized he would be traveling continuously for several years in this position, and decided to find employment in Silicon Valley, which would require less travel. National Semi-Conductor Corporation in Santa Clara offered him an opportunity to establish a new training center which would produce highly-trained, skilled customer field service engineers for installation, maintenance and repair of supermarket computerized checkout and scanner systems. After three years with NSC, Vinnie decided to return to school to complete his education. He took a four-year sabbatical from full-time work to attend San Jose State University, earning a Bachelor of Science degree in Business Management.

Following the master's program at San Jose State University, Vinnie was employed by GE Nuclear, in Milpitas. After several years, an opportunity presented itself and he was hired by Calma Company in Santa Clara, followed by GE/CALMA in Milpitas, and Sun Microsystems, Inc. in Santa Clara. Vinnie left Sun Microsystems in mid-1986 to join the CAD Group, Inc. in Santa Cruz as North American Marketing vice president and an equity share partner.

Vinnie's diverse background in both the engineering and entertainment fields had provided him with an array of interesting projects ranging from developing and installing computer systems for NASA's Apollo manned flight launches, the FAA's automated Air Traffic Control Network (including installation of the systems in the U.S.), as well as the installation, maintenance and repair of supermarket computerized checkout scanner systems for NSC. He had turned experience as an entertainer at east coast resorts, film screenings in Cannes and over 25 years in the high-tech field into a career as a marketing and creative consultant in both industries.

In the early 1990s, Vinnie relocated to the Monterey Peninsula and decided to re-enter the entertainment field by joining the cruise industry. After 11 years of cruising all over the world, Vinnie decided to retire from volunteering with the cruise lines and stay close to home. He settled into the beautiful Monterey community in an apartment on the hill overlooking the scenic Monterey wharf. This is where he planned to spend the rest of his life, pleased that he had followed the advice of his parents to "follow your passion, get an education and a good steady job."

In 2000, Vinnie established a home-based travel agency and began taking locals on dance cruises along the California Coast. He became well-known in the local dance community as he taught dance lessons all over the Santa Cruz and Monterey Peninsula areas. It was Vinnie's desire to teach his students a level of dance which would enable them to "go anywhere and dance with anyone."

In 2002, Vinnie met Barbara Heinz who began attending his Sunday dance classes. Barbara soon became Vinnie's dance partner and best friend. In November of 2004, the two married in a beautiful and romantic ceremony on Santa Catalina Island. After several years living in Monterey, Barbara and Vinnie decided to move to Tehachapi and purchase a beautiful home in Bear Valley Springs. It is there they enjoyed setting up their dream house, working on home improvements, designing and decorating the interior and exterior grounds. Their large garage was remodeled into a dance studio where they held weekly dance lessons for couples in the community.

In 2018, Vinnie and Barbara sold their home in Tehachapi and moved to Lompoc to be closer to the ocean and the fresh salt air, finding a beautiful home overlooking a golf course. Their new home brought peace and tranquility with each new day. A year after the move, however, Vinnie became ill and received a shocking diagnosis of metastatic pancreatic cancer. Vinnie slowed down his active lifestyle and fought hard to regain his health.

Vinnie was passionate about everything he did; his zest for life was unparalleled. He was always the life of the party with his outgoing personality. He loved entertaining, was a gracious host and a fabulous cook. He will be remembered for his generous and kind heart, love of food and drink, music and dance, and especially his ability to bring people together. Vinnie believed there was always something to celebrate, and even the smallest gathering became a memorable occasion. He would say, "celebrate the joy of winning, celebrate the pain of losing and what you have left is celebration!" He referred to himself as "a most happy fella" and "the Pharaoh of Phun," with a business card that read, "born to dance, cruise and schmooze."

Vinnie did it all: he followed his parents' sage advice through life, he was a caring and loving son, brother, husband and father, and worked hard to provide for his family. Vinnie was dependable and a man of his word. He set detailed goals for himself, seeing projects and commitments through to the end. In the face of adversity, he demonstrated drive and determination. He taught us to live life to the fullest, to love ourselves, be positive and give back to others. He often said that his mission in life was to leave people, places and things in better shape than when he found them.

Vinnie was preceded in death by his mother and father, a sister whom he never met, Anne, who died as a child from pneumonia, and his brothers Louis, Anthony, Francis, Stanley and Richard. He is survived by his compassionate and dedicated wife, Barbara; his daughter, Yvonne Apicella Fofana, his grandson Anthony, granddaughters Erika and Aliya, all of the Boston area; his sister, Joan Dullmeyer of Orlando, Florida; his brother Arthur of Wantagh, Long Island; and many nieces, nephews, grand nieces, grand nephews, cousins, dance partners and friends from coast to coast.

In September of 2020, during the height of the Coronavirus pandemic, a private service took place at the Central Coast veterans Cemetery in Seaside, California, for interment of Vinnie's ashes into Columbarium I (Wall E, Row B, Column 18). In August of 2022, a gathering of friends from near and far met in Aptos, California, to celebrate and memorialize Vinnie's fabulous life well-lived.