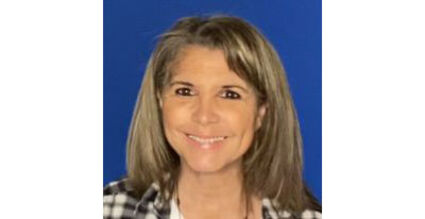 Chris Morales is the Executive Producer of the Tehachapi Community Theatre Association. In a recent interview she shared the following story with me.

Chris grew up with the theatre. She was almost born on-stage and her father has long been involved with the entertainment industry. In fact, Chris compared her parents to Ricky and Lucy Riccardo where Ricky was in the industry, and Lucy kept wanting to get involved, but Ricky would say, "No, no, now you just stay home with our baby." But her mom persisted, and Chris said her baby sitters were often actors in productions.

Chris moved here in 2006 from Long Beach. Her Uncle Bob, her father's brother, encouraged her to come up and she first settled in Stallion Springs. She has been with the Tehachapi Community Theatre since 2016, and started by acting in several plays–for instance, "Red Velvet Cake Wars," followed by "Christmas Belles," "Young Frankenstein" (her first musical), and most recently, "Double Wide Texas Christmas." She soon moved into directing, working on "110 In The Shade," "On Golden Pond," and assisted in "Steel Magnolias" with Garry Mazzola. Then she moved into producing, which included "On Golden Pond," "Moon Over Buffalo," "Baskerville," and the most recent Playwright Festival. As Executive Producer she needs to make sure any play that the TCTA does will manufacture net sales. Chris admitted that she actually has been producing plays since her college years in the 1990s.

Chris is also well known in the local Real Estate Industry where she has been since 2014. Before that, she was a kitchen and bath designer. She opened our local Home Depot, and she designed the Stallion Springs CSD office. She also taught drama at Valley Oaks Charter School.

Chris is single. Her "babies" are her two dogs and three cats. She ended by sharing that she is grateful that Tehachapi has accepted her creativity, and feels that it is a great town for young creative people.

And now, breaking news: Kenny Harrison, who is building our new, local bowling alley, has fallen in love with the BeeKay and would like to pair with the TCTA by doing dinner theatre when his bowling alley is finished. It has a large dining area that will seat 500 people. Kudos to Kenny Harrison for this vision!