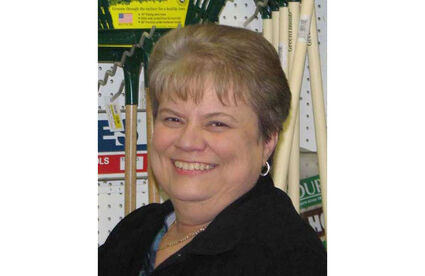 After retiring I got to thinking what is the world missing that I could provide? Well, I do love jokes and love to laugh.

When I was at work at the hardware store we laughed as we exchanged hardware jokes. So, I thought why not write down all the great hardware jokes I had heard over the years?

I told my friends about my idea of writing a book of hardware humor and started to give them some examples. They were so excited about this great idea that they left before I could finish.

One of my friends said that hardware was very specific. She reacted to the joke about a customer asking for a 2x4 of Douglas fir. I had asked, "How long do you want it?" He had replied, "I want if for a long time. I'm putting it in my house." My friend shook her head. I explained there was the issue that "long" had two meanings: time and length.

She gave me a look and then gave me the bad news, it wasn't funny. In fact, it was a groaner. A groaner is a joke that is so bad you don't laugh; instead, you groan. I had to think about my project.

So, I thought about all the crazy hardware jokes I've heard through the ages and realized that humor is a very slippery thing. I remember laughing so hard at a joke I could hardly breathe but I never could repeat that joke to others and get the same response.

I realized that first, you must know what the normal state of things is to appreciate and react to the absurd, or unusual aspect of the joke to find it humorous. I have worked in a library, a hospital, a bank and a hardware store and all of them have jokes specific to the place of employment. Every one of them could publish a book of industry specific jokes but I came to realize a compilation of hardware jokes would be the size of a three-page pamphlet with illustrations included.

The only joke pamphlet smaller than one on hardware would be one on hysterically funny dentistry jokes.

This dilemma got me thinking about the basics of jokes. Besides jokes being industry-based it is also based on other things, like culture, customs, nationality, social group, etc., and is again based on the understanding of what is being referred to. For instance, humor about a particular nationality must be based on a perception about that nationality for it to be funny. The funniest jokes are created by the people from that culture. For instance, my heritage is Finnish, and Finns are known for many things, but two things stand out – the sauna (steam bath) and the fact they have a great capacity to drink vodka while in the sauna. So, there is an old joke about a contest that Finns participate in where three Finns drink a quart of vodka in the sauna and one of them leaves and the other two must guess who left. The advanced form of this contest is two Finns go into the sauna and drink a quart and a half of vodka and one of them leaves. The other one must guess who left.

I mulled over this for quite a while and decided to give up on the hardware joke book. I am sure many have tried and have run into the same problem. Not enough people know and understand hardware.

Maybe that is the answer.

My friends, we must spread the word about hardware, and we can share jokes galore. No longer will hilarious jokes about SAE and metric nuts and bolts elude the listener. Think about all the jokes that could be shared and enjoyed with the proper education. However, that would be take too much time and not enough interest. Oh well, it was just an idea.

Speaking of ideas, I must start rethinking what I should concentrate on in my retirement since my dream of a book of hardware humor has been so thoroughly kiboshed.