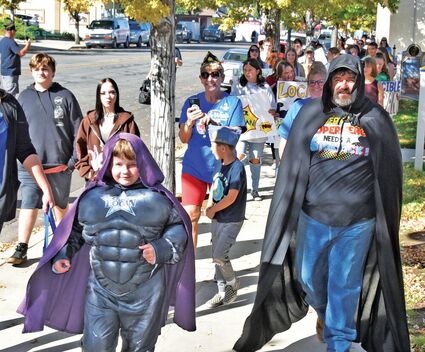 Wherever Super Logan went his fans followed both he and his sidekick, Wonder Dad.

On Oct. 15, during the Apple Festival, Super Logan, an 11-year-old super hero accompanied by his sidekick, Wonder Dad, arrived in Tehachapi in time to save the Apple Festival from being taken over by the notorious villain, Bitter Apple, by using his supply of enchanted apples. During the siege, he saved Tehachapi Mayor Phil Smith from being squashed by a rock. As a result of this feat, he was given a key to the city by Mayor Smith. 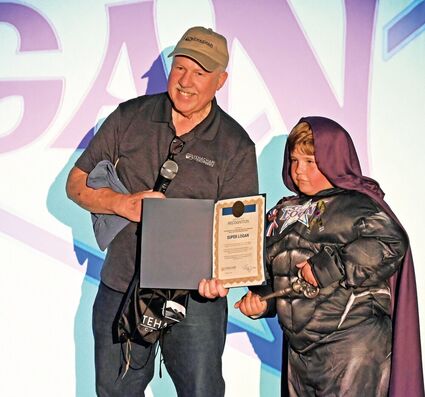 Returning to the BeeKay Theatre, Super Logan is recognized by Tehachapi City Mayor Phil Smith for his good deeds and the capture of Bitter Apple. Super Logan received a City Proclamation as well as the Key to the City.

This heroic deed was made possible by Make-A-Wish Foundation. Logan's wish was the 1,000th wish granted by Make-A-Wish Northeastern and Central California and Northern Nevada's South Valley Region. Logan was born with a genetic condition called Prader-Willi Syndrome, a disease that affects muscle tone.

He has always had a passion for superheroes.

Logan's first few months were spent in the NICU with many operations to help keep him alive. As an infant, Logan was in the Foster Care System in Arizona but was eventually was adopted by Dr. Chris (Wonder Dad) and his wife Stephanie. Wonder Dad says Logan is not fazed by the disease and lives his life joyfully every day.