The Lantzes and living in Cameron Canyon 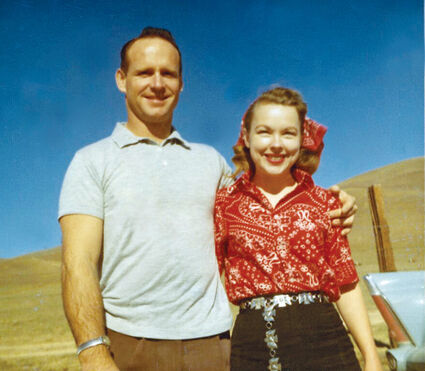 Dae Lantz Jr. and his wife Jean were married in Oklahoma in 1949. Dae's father, Dae Lantz Sr., was a rancher who owned property in Independence and in 1947 he had bought a ranch in Cameron Canyon, east of Tehachapi. Dae Sr. invited his son to come work as his ranch foreman in Cameron, so the newlyweds packed up and headed west to the Tehachapi Mountains.

With them came a splendid registered collie that Jean had bought with her own money when she was 17. Named Lady Taffeta, the dog had cost $25, and Jean came up with a $5 down payment and made payments of 50 cents a week using money she earned working as a nanny. Over the years she raised hundreds of purebred dogs, including collies, Maltese, Great Pyrenees and even St. Bernards.

The Lantzes' arrival at their new home was inauspicious – they got lost in the dark. Driving up from Mojave at night, Dae missed a turn and they wound up in Monolith, which was still a thriving community of more than 300 people in 1949. They headed back to Cameron from the other direction and found the ranch. When the sun rose, Jean saw what her new life was going to be like.

"To me it was the most godforsaken place I'd ever seen," Jean remembered with a laugh. "There was just an old dirt road going up the canyon past our place, hardly any neighbors, there was almost nothing there. I didn't know anything about living in a place like that."

The house they moved into was no palace, either. "It was just an old ramshackle house, full of termites," Dae explained. "You'd hear the termites singing in one part of the house and other ones somewhere else would be answering them back." Once when Jean had guests for dinner, one of visiting children inquired about the fabric up on the ceiling in the dining area. "I told them I had tacked dish towels up there to keep termites from falling into the salad," Jean said, "Which I did. And they still remember that to this day."

The house had belonged to a man named Flint Isles, and it had almost been swept away in one of the flash floods that can race down Cameron Canyon after a heavy cloudburst. Flint himself had nearly drowned trying to rescue some horses from his barn down by the creek, and afterwards he had moved the old house away from the streambed and up closer to his orchard.

The cattle on the ranch were primarily Angus and Brangus (a cross between Angus and Brahma) and they were what is known as "stockers," which are mostly steers that are bought, then fattened up and sold at auction. Now Dae and Jean's son Jon keeps cows and a bull on the property and sells the calves, but back in the early days they kept stockers.

The Lantzes did what they could to fix up the old house on Dae's salary of $200 a month. Jean said she used to go to the old second-hand stores along Edison Highway on the outskirts of Bakersfield (some of them are still there now) and buy linoleum and other items for the house. She also set about getting a milk cow.

The Lantz Ranch in the 1950s following a snowstorm in Cameron Canyon.

"When I was a girl living in Tulsa, some Germans moved right by us, and they had milk cows, chickens, goats, dogs and cats and I learned a lot about animals from them," Jean explained. "They taught me how to milk a cow, and I used to hang out there all the time. They always had food in their house and sometimes we didn't, so I think I just associated having a milk cow with not going hungry."

So the Lantzes, who eventually had eight children, always had a milk cow in Cameron Canyon, as well as chickens for fresh eggs, turkeys, sometimes goats and other animals.

Dae and Jean Lantz were beloved Tehachapi residents who raised their family here and contributed to the community for many decades. Dae passed away at 94 in 2017 and Jean at 95 in 2021. 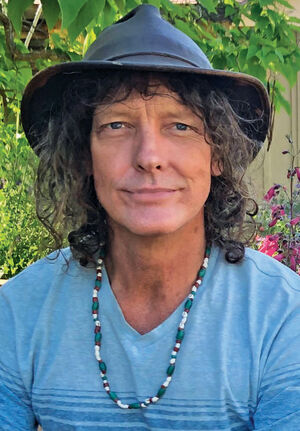