Kevin Cousineau: the self-taught and ingenious man who helped create the wind industry 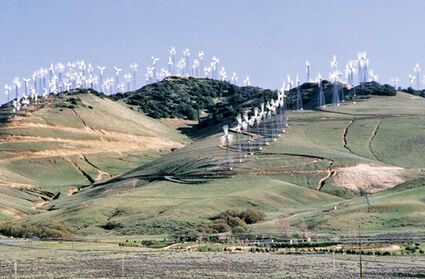 Zond Systems was the first and biggest pioneer of the wind industry in Tehachapi Pass.

Kevin Cousineau didn't just participate in the early days of wind energy development in California, and Tehachapi in particular – he engineered it. With no degree in engineering, this highly intelligent and resourceful man nonetheless designed some of the vital electronic components inside wind turbines that enable them to be reliable, and in the process he helped make wind energy a viable industry.

Kevin grew up in Kennewick, Washington, in the southeastern portion of the state near the border with Oregon. He didn't come from a family with a scientific background but rather one of hands-on competence – his father was a skilled welder.

When Kevin was 13, he had a newspaper route and one of his customers had a large antenna outside the house. Kevin asked him about it one day, and the man invited him in and showed him his ham radio equipment. Kevin was already becoming interested in electronics, so the neighbor helped Kevin acquire some ham radio gear of his own. Kevin's mother also obliged by buying him some equipment, which Kevin promptly disassembled to make some modifications and improvements – at an early age, his talent for designing and customizing electronics gear was becoming evident.

Kevin graduated from high school in 1969 when the Vietnam War was at its height and he had a low draft number, so he figured if he was entering military service, he'd pick which branch he would serve, so he enlisted in the Coast Guard. He had interesting experiences in the Coast Guard, including a six-month stint in Antarctica, and his thorough knowledge of radio and Morse code served him well aboard ship.

After completing his military service, Kevin moved to Lompoc, California and attended Allen Hancock College in Santa Maria thanks to help from the G.I. Bill. Kevin also found a job with a company called Smoke Riders Sound and got to indulge his love for electronics by helping to create custom components for sound systems, even publishing his first engineering paper in conjunction with his work for the company. In the mid 1970s, he became interested in wind power and would started tinkering in the field that would shape his career.

"The 1930s and 40s were what were refer to as 'the Golden Age' of wind power, because power lines didn't run to the remote farms and ranches, so people put up their own small windmills to generate electricity, and there were thousands and thousands of them in use at the time," Kevin explains. "Once grid power did arrive, these little turbines were stored in barns and forgotten."

Kevin acquired one of these vintage machines and put it up on some land outside Lompoc. Once an article about him and his wind turbine appeared in the local paper, he began to get visitors stopping by. In 1980 a man named Jim Dehlsen dropped by to introduce himself. Dehlsen was involved in a project to put a small wind turbine on an abandoned oil platform off Point Conception. The drilling platform was no longer in use, but it still required electricity to power navigation lights that announced its presence to shipping traffic, and seabird guano would quickly compromise solar panels.

Dehlsen and Kevin worked on the oil platform project together, and in 1981 Kevin became the first employee at Dehlsen's Zond Systems company. The small company initially included a solar component, but Dehlsen's development ideas were focused on wind power and the solar element was discontinued.

Through friends, the Zond Systems people became aware of Tehachapi's potential for wind resources – even though the area had inexplicably been left off a state map that identified likely sites for wind energy development.

In 1981, Zond officials came to Tehachapi looking for land, and they acquired a 10-acre parcel in the hills east of Tehachapi. "The real estate agent would only show them the property on days when it wasn't windy, I guess he figured they wanted to build a house, and they didn't mention that they were actually looking for a spot with wind. They asked him if it was very windy there, and with a straight face he told them 'No, it doesn't get too windy here.' And they were standing on one of the windiest spots in Southern California, a perpendicular ridge between the Mojave Desert and the San Joaquin Valley," Kevin laughs.

Zond put up 15 turbines, which were tiny by today's standards: "They were 40 kilowatt machines, with a 30-foot diameter rotor," Kevin recalls, "The entire nacelle (the cover that houses all of the generating components in a wind turbine) could fit in the back of a pickup truck."

A competition began between Zond and a company called ESI that owned an adjacent parcel to see which company could get wind turbines up and running and connected to the grid first. The ESI turbines were two bladed and actually made of wood. Workers labored in the cold, wind and mud to get the turbines up. "ESI probably would have won, but a transformer blew up and set them back," Kevin explained. "We got online on Christmas Eve, 1981, and there is a concrete foundation slab with some of our employees' names and the date written in the concrete to celebrate."

The initial results were not promising – all of the turbines had problems operating under the conditions found in Tehachapi. "Tehachapi is a tremendously difficult place to make turbines work, because it can be very cold, very icy and very windy, and there can also be considerable lightning strikes," Kevin notes, "The electronics in the turbines have to work from 0 to 115 degrees Fahrenheit. A lot of engineering work is needed to make these things reliable under those demanding conditions."

Zond turned to Denmark, a country with a longer tradition of wind energy generation, to help find a turbine that could withstand Tehachapi conditions. "During a wind storm event I once kept checking the data from an anemometer we had on the ridge, and it recorded the wind blowing steady at 35 miles per hour for 12 hours, then 45 miles an hour for another 12 hours, and then 55 miles per hour for another 12 hours," Kevin said. Zond ended up purchasing 150 of the V15 machines from Vestas, a company that had previously manufactured farm equipment. The orders kept increasing until 1985, when Zond bought just about every turbine Vestas could produce – a total of 1,100 turbines. Zond put up 1,000 turbines in 90 days, a feat still unsurpassed in the industry.

Still, custom engineering was required and Kevin always had an electronics lab at Zond, working to improve the components. "We had to design controllers and other electronics stuff ourselves, because there were no embedded microprocessors that could handle the brutal conditions."

Later Zond would design its own turbines, the Z-750. "In 15 years we went from 40 kilowatt machines to 740 kilowatt machines, and went to variable speed designs," Kevin notes. "The price to generate wind power went from $.50 per kilowatt hour to just $.04." Kevin left G.E., the eventual successor to Zond, in 2002. He later worked for another Jim Dehlsen company called Clipper Wind. 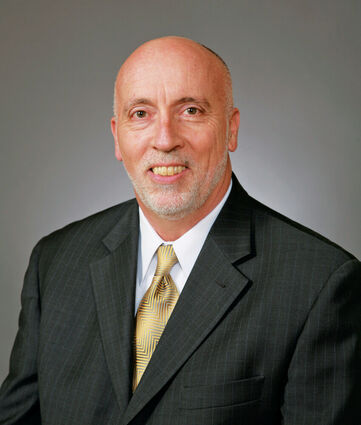 Kevin Cousineau, the first Zond employee, and a legend in the wind industry.

Kevin and his wife, Anne Marie, now live in Arizona and Kevin operates his own consultancy, KLC Electronics. This remarkable man is widely respected in the industry and holds 18 electronics patents, despite being largely self-educated and not having an engineering degree. No history of wind energy development in the Tehachapi area would be complete without mentioning the considerable contributions of Kevin Cousineau.