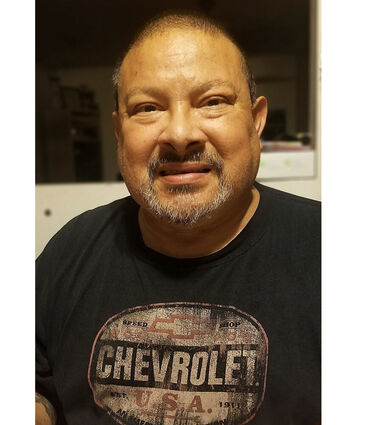 Joel Esparza Sanchez, 61, was peacefully called home by the Lord on Monday, Sept. 26 at his residence in Tehachapi. Born in Bakersfield on Dec. 21, 1960, he was lovingly raised alongside his sister, Anita, by parents Luis and Ramona Sanchez.

Joel graduated from Tehachapi High School in 1978, and in the early 80s began working at Monolith (later Calaveras and Lehigh Southwest) Cement Company where his father was also employed. He began his career as a laborer and ultimately became a First-Class Heavy Equipment Mechanic.

The first time Joel saw Teresa Graves, it was love at first sight. He immediately told a friend that he was going to marry her someday, provoking riotous laughter. Joel got the last laugh on Nov. 12, 1983, when, as he predicted, she became Teresa Sanchez. In mid-1984, they welcomed a son, Kevin, and six years later a daughter, BreAnna.

Among Joel's favorite things were tools, classic cars, 80s music, vacations at Pismo Beach, good food and fun times. He was especially fond of his four grandchildren, who adoringly knew him as Papa.

Joel was preceded in death by his parents, Luis and Ramona. His memory will be cherished and kept alive by his wife, Teresa; children, Kevin and BreAnna; grandchildren, Allison, Anberlyn, Kylie and Ace; sister, Anita; and many other family members and friends.

A viewing was held on Oct. 12, immediately followed by a Celebration of Life at Wood Family Funeral Service, 321 W. F St., Tehachapi. Upon completion of the service, a brief graveside service followed, near Arvin, at South Kern Cemetery District, 15543 S. Vineland Rd., Bakersfield.