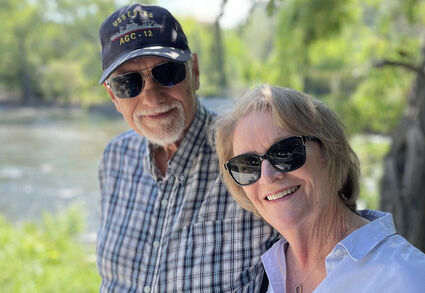 Robert Leo Radebaugh, 78, died on Sept. 5 in Tehachapi. During his last days, he was at home surrounded by his beloved wife, children and friends.

Robert "Bob" was born to Richard Wheaton Radebaugh and Martha Walters Radebaugh in Oak Park, Illinois, on Nov. 10, 1943. Bob served in the Navy during the Vietnam war. There he learned about radar technology. Bob joined the early computer industry and thrived in this field for 52 years. Into retirement, Bob loved tinkering with computers. He had a mixed relationship with Amazon Alexa, who he also called "Dingus."

Bob accepted Jesus as his savior at a service center in San Francisco during his Naval service in 1964. In 1967, Bob married his beloved wife, Virginia Lee Wilhelm and together they raised six children. Virginia was the love of his life, and they had a deeply loving marriage of 54 years. Bob was a devoted Christian and biblical scholar until his death. Bob loved this poem from the Christian's Daily Calendar....

If we could see beyond today

As God can see;

If all the clouds should roll away,

O'er present griefs we would not fret;

Each sorrow we would soon forget,

For many joys are waiting yet

For you and me.

Bob is survived by his wife Virginia, their six children and 12 grandchildren.

A memorial service will be held on Sept. 17, at 10 a.m. at the Wood Family Funeral Chapel in Tehachapi.