This is not a Bob's Big Boy 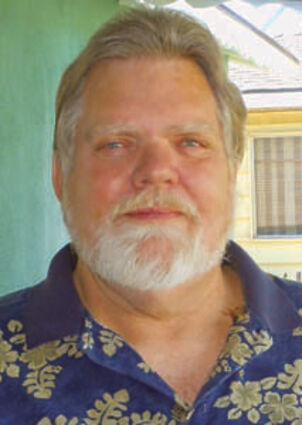 The myriad of post-war baby boomers that had the pleasure of growing up in Southern California will begin to salivate at the mere mention of that magic two-word name of one of the finer non-drive-thru hamburger palaces that flourished and faded here. While there are scarce few still scattered around the southwest, almost completely gone is the giant pudgy little guy named Bob holding high his famous "Big Boy" hamburger. Carl, Jack, the clown and a king made it too easy to grab a burger without actually sitting down and relaxing for a meal with your family, but wait, this article is not about food, it's about the "other" Big Boy that comes to mind to those familiar with the language "Traingeekspeak."

As our country grew, so did the demand for more and more goods to be shipped over greater and greater distances. As we are well aware of here in Tehachapi, many times mountain ranges got in the way and trains had to go up instead of around. Unlike automobiles, trains must gain elevation gradually. Our namesake "Loop" is a testament to this. It was a very common practice in the days of steam to simply add more locomotives to trains to get them over a steep mountain grade. This created phrases like doubleheading and, many times, tripleheading. As trains became longer and heavier, it became increasingly hazardous to keep adding more locomotives. If the engineers were not completely synchronized in their running of a train, severe wrecks and derailments were the result and these happened with great regularity. As the "Tool Guy" Tim Allen, would say, "We need more power!"

More power was on its way... here come the "Big Boys."

Railroads in Europe were subject to the same problems that American railroads were facing. The Swiss had this pesky little bunch of mountains they called the Alps getting in the way of their progress. In 1885, Swiss mechanical engineer Anatole Mallet was granted a patent for his new locomotive design which carries his name to this day, the Mallet (pronounced "Malley"). His design basically combined two locomotives into one larger one. Without getting into the boring specific details, you simply take one larger than average boiler and set it on two separate sets of locomotive drive systems. For the next fifty years this design would be tested and perfected on dozens American railroads until the birth of the "Big Boy."

Union Pacific was leader of the pack when it came to designing and building super powered locomotives. In 1941, as diesels were starting to phase out steam power, 25 of the largest steam locos ever built were delivered to their shops in Omaha, Nebraska. These behemoths could single-handedly pull an entire train over the Wasach Mountains, through Echo Canyon and up Sherman Hill. Weighing in at well over one million pounds, if you placed the coupler of the tender at the goal line, the tip of the cow-catcher would end at the 45 yard line. For the next twenty years these mammoths of the rails would hold court on UP's mainline between Cheyenne, Wyoming and Ogden, Utah.

When UP caved in to complete dieselization and retired these monsters in the late '50s, eight of them were donated to different railroad museums around the country. Big Boy loco #4014 was officially retired on July 21, 1959 after logging 1,031,205 miles. Delivered to the Rail Giants Museum at the LA County Fairgrounds in Pomona, California in 1962, it has delighted millions of visitors to the fair. I climbed on this monster myself when I was a little kid.

Union Pacific has long been an industry leader in preserving the past for future generations. They have two restored and operational large steam locomotives on their active roster. On July 23, 2013 UP announced the acquisition of loco #4014 from Pomona, with the intention of taking it to their steam rebuilding shops in Cheyenne for restoration back to operating condition. Rumor has it that they want done by May 2019, so it can be present at Promontory, Utah for the 150th anniversary of the driving of the golden spike. Start packing!

In memory of Bruce Gripkey, who wrote the "Train of Thought" column several years ago, The Loop newspaper is reprinting some of his articles for those who haven't had the chance to enjoy his railroad-centered stories. This article was originally printed in our Aug. 3, 2013 issue.