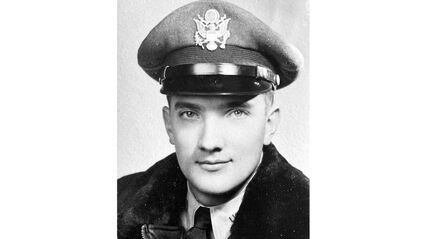 Pierre was born Nov. 26, 1930, in France to John A. and Yvonne Reynaud Hartman and raised in Denver, Colorado. He served in the U.S. Air Force from 1953 to 1955 before earning a bachelor's degree from the University of Colorado, Boulder, in 1958.

He spent 10 years working as a foreign service officer in the U.S. Department of State. He earned a law degree from George Washington University in 1969 while he worked there. In 1969, he became a senior attorney for NASA at its Washington, D.C., headquarters, then transferred to NASA's Dryden Flight Research Center at Edwards, California in 1992. He retired from Dryden as chief counsel in 1995.

He and his wife Jane have lived in Tehachapi since 1992. He was an active member of the Tehachapi Democratic Club. He wrote periodic columns for the Tehachapi News that he later collected into a book about life during World War II for those at home.

He loved flying, held a commercial pilot certificate and kept an airplane at Tehachapi Airport. He and Jane took many cross-country airplane trips. He loved hiking and backpacking with Jane, including through the Grand Canyon.

Pierre enjoyed many long-time friendships, including ones with artist Tom Bartek and the late John Hays, with whom he went on many backpacking trips.

He was also an avid traveler. He and Jane traveled through Europe, Canada and Southeast Asia.