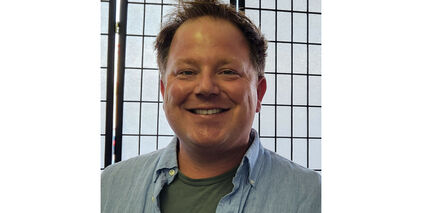 My name is Chris Frost. I am the happy husband of Sara Frost and proud daddy of our three children. I am also the pastor of Mountain Bible, an on-call chaplain at the hospital and recent owner of Tehachapi Flower Shop. However, this column is designated to articulating God's grace as described in the ancient Scriptures. I will be speaking solely from and on behalf of my role as pastor at my church.

This month at MBC we began a mini-sermon series on the parable of the prodigal son. In Luke 15 the religious leaders grumbled about who Jesus hung out with – namely those considered "sinners." The word "sinner" was a word used by the religious leaders to discriminate, to insult and to dismiss large groups of people whose conduct was outside the socially accepted boundaries of the group. Even within these religious groups there were differences of opinion on who or what was considered a sinner. According to the Pharisees, a lawbreaker could be one who violated the Torah, the prophets and the traditions. According to another religious group the Sadducees, a lawbreaker was one who violated the Torah alone.

Jesus didn't play these religious interpretive games. Rather, he crossed over these boundaries in order to love all people who are made in God's image. Their reasoning for attacking Jesus for his association with those whom they considered "sinners" was because they believed God hates sinners and delights in the judgment of them. If people want to be godly then they must hate and judge sinners too. They concluded that since Jesus loves and hangs out with sinners, therefore, he could not be God. Their attitudes reflected an underlying false theology they believed about God. They believed God's love could be earned by good deeds, and forfeited by bad deeds.

The story theme of the prodigal son is that God loves sinners and seeks their salvation and friendship with Himself. Jesus corrected the religious leaders' thinking of what it means to be like God. We should be devoted to loving what he loves. To be godly means we must strive to love all people like he loves them. Jesus spent so much time with the very people the first century church rejected that he gained a reputation as being a glutton and a drunkard. Every time Jesus sat at the table of a "sinner" to partake in a meal or life with them it communicated his acceptance and peace that he sought with them. This really upset the Pharisees.

Their name means "separated ones." They thought that godliness meant moving away from sinners, but for Jesus it meant moving toward them. Jesus even by-passed the first century church (the synagogue) and the Temple and its leaders in order to love people. His actions were considered very scandalous then and they still are today! It takes grit to love those whom today's churches reject. It takes humility to remember that we all are sinners in need of God's grace.

In closing, I pose this question – how do we connect with someone who we might consider a "sinner?" Well, I believe the answer is to respond like God did when we were vastly different than him. The Apostle Paul told us that God demonstrated his greatest act of love toward us when we were His enemies. Will you even know a time in your entire life that God doesn't love you? Never! He loves you unconditionally and perfectly. There is nothing you could do that would cause him to love you more or less. His love doesn't come with conditions or demands of perfection.

We are having a clothing give away at Mountain Bible on Saturday, Sept. 3 from 8 a.m.-noon. Come grab some clean, lightly used clothes and clothing accessories for all ages.

Also coming up is our 51st anniversary celebration as a church in the Tehachapi Valley. We will recognize this special day in our community on Sunday, Sept. 18 at 10 a.m. at 630 Maple St. You're invited!

Chris Frost is the pastor of The Mountain Bible Church of Tehachapi, and an on-call chaplain at Adventist Health Hospital where he teaches a monthly Empathy training class. He is a graduate from Dallas Theological Seminary (ThM) and has spoken at the University of St. Andrews, Scotland and worked on projects with Lexham Press and Kregel Academic and is published in Bibliotheca Sacra. Chris can be reached at pastorchris@mountainbiblechurch.org.