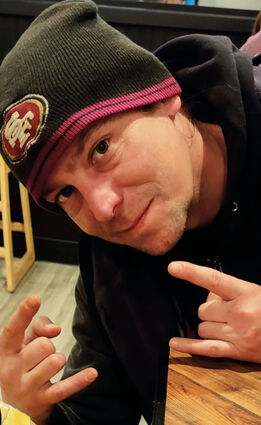 Donovan Cazier (Steven Donovan Cazier) passed away suddenly, but peacefully, at the age of 33 on July 20 in his home in Tehachapi. A celebration of life will be held at a future date.

He grew up in Ophir, California, an outlying area of Auburn, California, with his mother and father, Steven, and Carol Cazier. He was a skilled soccer player in school and graduated early from Chana High School. Throughout school, Donovan played bass guitar in local bands and thoroughly enjoyed attending shows and concerts from many different musical genres. In addition to this, he was an avid baseball and football enthusiast, often playing baseball with his closest friends and watching both sports with those he cared about. He was a lifelong fan of the San Francisco Giants and the San Francisco 49ers. He also had a deep fascination with astronomy and the unknown. While gazing at the stars, he often contemplated many philosophical theories.

Donovan had countless friends whom he cared for and kept in close contact with throughout the years. If you were his true friend, you were family. He was selfless and giving even when he had little to give. He loved, cared for and supported all those who were close to him and would gladly help a stranger in need.

Donovan was a beloved husband, father and stepfather to his family and showed his love and care in every way possible. He enjoyed going on family vacations to the beach and visiting his hometown. He had a very special bond with his family and always created fun and laughter out of daily routine.

He is survived by his wife, Colleen Cazier, his son and two stepsons, his brothers, Stephen and Kenny Cazier and several nieces and nephews. He is preceded in death by his mother and father, and his brother Michael Cazier.

"Death is that state in which one exists only in the memory of others... which is why it is not an end. No goodbyes. Just good memories."