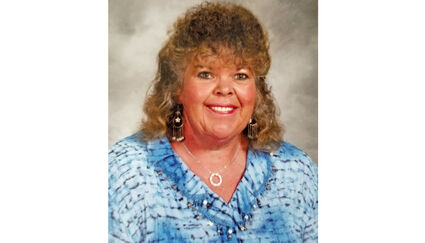 Deborah Bushnell was born in Ridgecrest, California to her parents Wilfred "Duke" and Yvonne Campbell, at the hospital her grandfather Tony built.

She spent her childhood in Tehachapi. She attended high school there, however, she graduated from Mesquite High School, class of 1974. She took a bank telling class, but her main interest was in the educational system. She loved to teach, do activities with kids, help them to learn while having fun, especially the ones that had a more difficult time. She lived in Washington state at one point where she met the guy she'd spend the rest of her life with, James. Then in 1983 she gave birth to her one and only child, Jason. She lived in a few different places after that.

In Lone Pine, California, a highlight was her introduction into her floral arranging. Something she was very good at and loved doing. She then moved to Olancha, California, for most of the 90s. She worked at Boulder Creek for a number of years, a job she really enjoyed. She also wrote a lot of poetry. She was a very creative person. She then moved to Inyokern, Californis in 1999 and got back into the education system as a paraprofessional. She got to see her son graduate high school in 2002 and be there when he got married in 2004. She worked at Murray Middle School for a number of years. She then worked for Leapin' Lizards, part of the after-school program in Inyokern. Most people will remember her as "Miss Debbie." She was also into karaoke and she loved music and singing, which she also incorporated into the schooling.

She retired in 2015 and remained a caregiver for her mother until just before her passing.

Her favorite thing above all was Christmas. She'd start early and make a long enjoyable season of it. She was Christmas and Christmas was her. She also really loved snow. She was always happy, positive, smiling, fun and loving. She went into the hospital on Dec. 26 2021 and passed away four months later of natural causes. She was preceded in death by her first husband Rick Bushnell, her father Duke in 2012 and her mother Yvonne just two months before her own death in February 2022. She left behind the three people she loved most and was closest to: her partner of over 40 years James Honea; her only son, who was her entire world, Jason Campbell and her daughter in-law Laura, who considered her more like a second mom. To say she will be missed is a huge understatement. She will be forever remembered and always thought of. Thank you, Debbie, for everything. We love you and we all look forward to being reunited with you someday. Heaven gained a great one. I guess even angels run out of miracles.