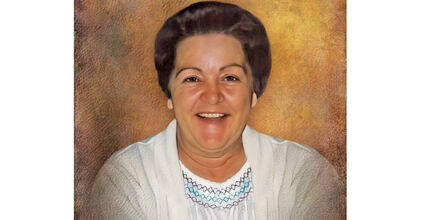 Patsy "Pat" Ruth Earven lived a life full of love and acceptance. In her role as matriarch, she led by example, teaching her family how to be strong and independent yet compassionate and respectful toward others.

Pat grew up in a large family and spent her early childhood picking potatoes in the fields. She often told stories about her family and cherished her experiences. She met the love of her life, Jesse James, and married him at 15, leading to a storybook marriage that lasted 41 years. They settled in Tehachapi and raised three beautiful and strong-willed daughters, who gave them eight grandchildren.

Pat found joy in hobbies such as painting, sewing and board games, but she was most proud of her large family. She was very engaged and took the role of grandma very seriously. It was not uncommon to see all her grandchildren packed into her green station wagon or around the dinner table. She was firm yet playful and could get anyone to scatter as she picked up a coffee cup to take a long sip. More recently, she was thankful to become Nana to her great-grandchildren and delighted in spoiling them.

For Pat, family was not just blood. Anyone who walked into her house was welcome and treated as family. Hardly anyone called her Pat as she became a grandma to all. Her ability to make anyone comfortable was a gift that will be sorely missed.

In respecting Pat's wishes, no services will be held. However, the family placed her to rest with Jesse on July 22 at the Tehachapi Public Cemetery, Westside.