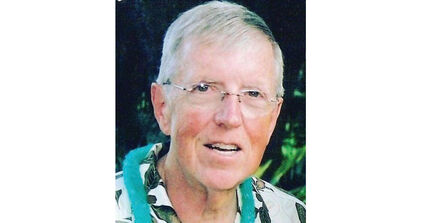 Gerald Thomas "Tom" Kurtz, Jr., passed peacefully at the age of 83 on June 27, surrounded by family. Affectionately known as Papa to his family, Tom was an avid arborist, personal coach, larger than life friend and devoted family man.

Tom was born and raised in Piedmont, California, and earned his Eagle Scout rank before attending The University of California, Berkeley. There he earned his Bachelor of Science in Mechanical Engineering, was a member of Sigma Chi fraternity and met Dana Adair, his beautiful wife of 62 years, while singing in the Cal Glee Club. Tom and Dana married the day after graduation on June 12, 1960, moved to Sacramento where Tom started his 41-year career with Procter & Gamble. Over the next 5 years Tom and Dana welcomed Jennifer Adair (Frediani), Allison Anne (Masterson) and Gerald Thomas Kurtz III to the family.

After several relocations including Portsmouth, Virginia, Cincinnati, Ohio, St. Louis, Missouri, Westfield, New Jersey, and Kent, England, the Kurtz Family moved to Wyoming, Ohio where the Kurtz kids completed high school, and Tom finished out his career with P&G in 2001. During their time in Wyoming, Tom cultivated his passion for growing orchids, the art of Bonsai and planting trees. His other hobbies have included golf, tennis and paddle tennis.

Upon retirement in 2001, Tom and Dana moved to Hilton Head Island where Tom was active on the Beautification Committee and spent much of his time growing and rescuing Sago Palms. He was known as the "Sago Palm Dr" for many years, helping save sagos throughout the Island and Bluffton, and he maintained a tree farm that benefitted the Hilton Head High School and Colleton River community. He could be found daily walking one of their goldens on the beaches of Hilton Head. They have been living in Bluffton at Colleton River since 2012.

Dad and Father-in-Law to six, Papa to six, and Great Papa to one, Tom always had a kind and generous spirit and loved to treat his family and friends. Tom never met a stranger, his cup was always half-full and he never lost his sense of wonder or desire to help others with his ever-positive influence. He enjoyed taking his grandkids on golf cart adventures and could always be found with shears in hand wherever he went, ready to prune for anyone.

A Celebration of Life will be held at a future date. In lieu of flowers, donations can be made to the Michael J. Fox Foundation for Parkinson's Research, or Hospice Care of the Low Country.