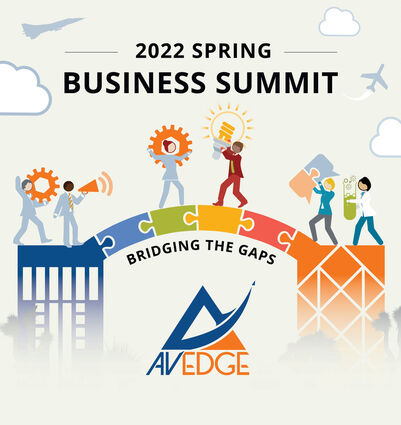 After two years of virtual business conferences, the Antelope Valley Economic Development & Growth Enterprise (AV EDGE) will be hosting an "in-person" 2022 Spring Business Summit. This year's event, themed "Bridging the Gaps," will take place on Wednesday, May 25 at the AV Fair & Event Center from 7 a.m. to noon.

"Bridging the Gaps" Business Summit will provide valuable insights, practical resources and data on the current and future regional economic climate and the continued recalibration of post-COVID-19 challenges that all businesses, industries and entrepreneurs continue to face. Key topics will include a regional economic forecast, updates from Kern and Los Angeles Counties, the Cities of Lancaster and Palmdale, as well as our local legislators.

This year's keynote speaker is Daymond John. From his wildly successful role on ABC's smash hit, "Shark Tank," to his distinguished status as a Presidential Ambassador for Global Entrepreneurship, he has become globally recognized for his relentless commitment to promoting and supporting entrepreneurs.

John initially made his mark as the entrepreneur and branding expert behind the groundbreaking lifestyle brand, FUBU (For Us, By Us), which has eclipsed more than $6 billion in world-wide retail sales. From the streets of Hollis, Queens, he started a global movement from the basement of his mother's house by capitalizing on the then fledgling hip-hop culture. FUBU was undoubtedly a key development for the streetwear market, which today is a $20 billion industry.

Since then, John has continued to challenge himself and the business world in which he operates. In 2009, he was tapped by lauded television producer, Mark Burnett, to join the cast of a new business-reality concept, "Shark Tank." Now, after nine seasons, four Emmy Awards, multiple Critic's Choice Awards and millions of dollars in investments, the show has become one of the most successful business reality series of all time. Over the course of the series, he has been a mainstay of the cast of Sharks and is now affectionately referred to as, "The People's Shark."

Resolved to share his hard learned lessons - from major successes and failures - John has written four books and became a "New York Times Best-Selling Author." While his previous books, "Display of Power" and "The Brand Within" were national best-sellers, "The Power of Broke" (2016) and "Rise and Grind: Outperform, Outwork, and Outhustle Your Way to a More Successful and Rewarding Life" (2018) are the only New York Times best-selling books from any of the Sharks. 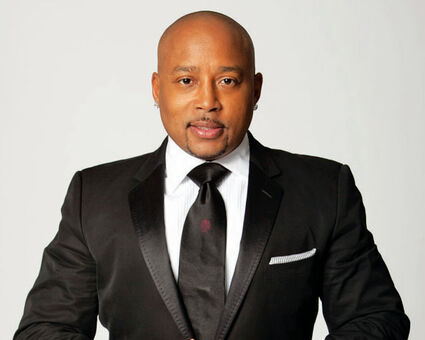 AV EDGE Executive Director, Drew Mercy commented, "Emerging from the past couple of extremely challenging years has not been easy for any business, large or small. Having the opportunity to host this 'in-person' event, coupled with our dynamic speakers, is incredibly exciting. Our AV EDGE committees and staff have been extremely thoughtful about this year's lineup of speakers. I am confident that attendees will walk away from this event with relatable advice and practical takeaways that will motivate individuals and teams, for not only weeks, but for months and years to come."

For event details including sponsorship opportunities please visit http://www.avedgeca.org. Interested attendees are encouraged to purchase tickets early as seating is limited. Ticket pricing and information will be available in the next couple of weeks.