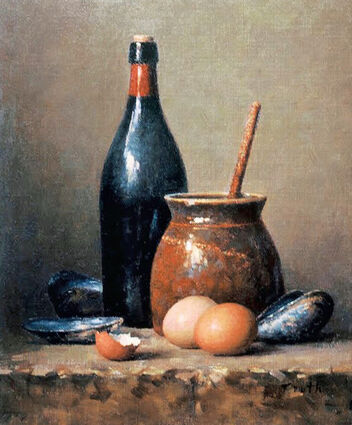 There was once a sizeable French presence in Kern County, and among the identifiable French miners who were active in the Tehachapi Valley (in the 1870s) but gave up mining and became settlers were Jean Pierre Bizac, Charles Henri Doriot, Pierre Lestelle and Victor Ponsard. Leon and Lydie Abonel were a French couple in Kern County, and ordinarily Mrs. Abonel cooked her husband a breakfast of coffee, bread and eggs, but if he was in a hurry she gave him two raw eggs in a glass of wine.