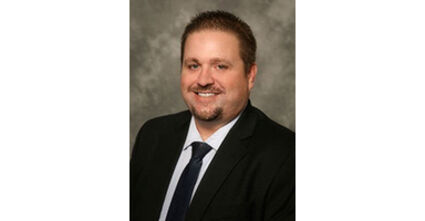 As anticipated by most of us observers with an ounce of common sense, the awkward CIF Central Section divisional playoffs seedings which proved to be disastrous in the fall, were recently updated by the Central Section Board of Directors. While this latest action, approved February 1, does slap a band-aid on the gaping wound of the format used in the fall, it is still short of practical application and equity for our high school teams.

Just to recap, in the start of the season the Central Section, obviously discounting the importance of Section Championships in exchange for the prestige of having more teams in the expanded state playoffs, elected to allow computer rankings to place teams in playoff divisions based on record, and not school enrollment or even their previous "performance based" model used over the last decade and change. What it did was create a benefit for larger metropolitan schools who struggled, while small successful schools were penalized.

Case in point, Wasco High School which had an amazing football season (10-1 overall, 6-0 South Sequoia League) was sent up to the Division II football playoffs and played two CIF games on the road at Bakersfield's Centennial and Frontier high schools resulting in a second-round loss when a state championship in a more equitable division was almost a lock. Even worse was hapless Ridgeview, who won a single game during the regular season and not only rewarded with a playoff berth but was gifted a spot in the Division V playoffs. Division V! Normally reserved for the smallest institutions in the Central Valley, but instead they were invaded by large metro schools (Ridgeview's enrollment is over 2,500 students). They defeated San Luis Obispo in the first round (1,600 students), and North High (another metro school with no business in Division V) in the second round. Meanwhile smaller schools like Tehachapi (1,200) and Bishop (750), which was admittedly a mismatch, found themselves a division higher in Division IV in the first round. Tehachapi's second round opponent was Fresno's Roosevelt (enrollment 2,100 – about twice the size of THS), Roosevelt too was another team who had no business in Division IV, but the system benefitted the big guys.

The shortcomings were not only found in football, but in other fall sports like volleyball where schools like Lone Pine (enrollment 100, yes 100) after having a stellar regular season including a 12-0 mark in the Hi-Lo League, were forced on the road in the opening round of the CIF Central Section Division III playoffs at Kingsburg (enrollment 1,100) and a convenient 257 miles away on a Tuesday night. The game was easily won 3-0 by the host larger school thanks to the flawed system.

Due to injustices like that and with the winter basketball and soccer playoffs upon us, the Central Section took the following action. They have now established base divisions for each school with an allowance to either be moved up one or down one division depending on the final computer rankings. It amazed me that the final vote from the board was 29-14 (meaning 14 people are either clueless, or, in it to work the system) but it passed the needed 2/3 threshold. Again, an improvement on the fall chaos but another disadvantage for smaller schools who could be penalized for being successful while larger schools are rewarded for mediocrity.

It is a work in progress and is certainly better than the alternative, but still falls shy of a sensible approach using size as the determining factor and not performance or any other metric. But in an age of technology, it seems the CIF Central Section is happy to let third-party computer rankings handle their playoff seedings, while allowing common sense and the best interest of student-athletes to take an unfortunate back seat to state playoff profits and notoriety.