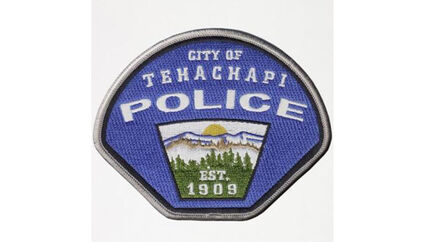 On Monday Feb. 14, at approximately 5 a.m., officers from the Tehachapi Police Department were dispatched to a commercial burglary in progress at a liquor store in the 800 block of Tucker Road in the City of Tehachapi. Officers arrived on scene moments after receiving the call and immediately observed a Ford F-150 fleeing the scene southbound on Tucker Road.

Officers attempted to initiate a traffic stop on the vehicle which fled from officers for approximately one mile before stopping. The vehicle was occupied by 18-year-old Christopher Price and a 16-year-old male juvenile, both from Lancaster.

A search of the vehicle revealed stolen merchandise from the liquor store including a large quantity of cigarettes and vape pens. Price and the juvenile were both arrested on multiple charges including burglary and possession of stolen property.

During the investigation, it was determined the suspects had utilized battery powered tools to cut the security bars and access the business. Officers also learned additional suspects had been involved in the burglary and not apprehended.