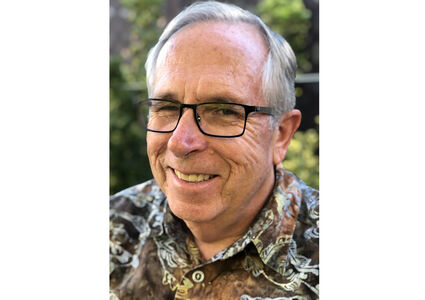 You may have heard of people and companies selling NFTs. For example, Marvel, William Shatner, Taco Bell, Pizza Hut, Grimes, and many more. But of what? Seemingly nonsensical things like clips from videos, JPG art, tweets, baseball cards, and even pet rocks. Seriously.

You probably have some questions. Let's start with the NFT part. NFT stands for Non-Fungible Token.

Something becomes non-fungible when it is not interchangeable with something like it. Your house or apartment say. Unique things are also non-fungible. For instance, there's only one Tehachapi Loop, so it is non-fungible.

So the NF part of NFT means that something is unique. It gets trickier with the T part of NFT. The T stands for token. The word "token" has many meanings, but in this instance, it means something representing or showing an event, art piece, or object - a representation of something, but not the actual thing.

To make sure an NFT is unique, NFTs get stored on blockchains. Blockchains are secure, distributed ledgers that keep track of tokens. The tokens contain private keys to the asset represented by the token, whether a digital currency like bitcoin or a, presumably, delightful picture of a pet rock.

Like any other asset, you can sell an NFT to someone else by exchanging your private keys to the token for something of value. The new owner of your NFT gets recorded in the blockchain, and that token now "belongs" to them.

The NBA is selling NFTs of highlights from basketball games. An NFT of LeBron James once sold for $200,000. Well, can't anyone watch highlights of NBA games? Similarly, you can look at drawings of pet rocks all day long. No one will stop you. So why buy an NFT of something you can watch or see for free?

There is only one original Mona Lisa painting in the world, and it's probably worth many millions or even billions of dollars. Still, you can walk up to it and take a picture any time you want or get an even better view of the Mona Lisa in your browser. Or, you can also drive down Woodford-Tehachapi Rd. to look at the Loop any time you want to.

Why are many NFTs so expensive? Anything is worth whatever someone will spend on it. For example, the original tweet sent out by Twitter founder Jack Dorsey sold for nearly $3 million.

And remember, that's just for a token representing a tweet, which isn't a thing that physically exists in the real world.

Why would someone pay that much? As you might expect, there are marketplaces where people buy and sell NFTs, and many NFTs appreciate, just like assets do in the real world. So maybe $3 million will be a bargain in the future.

And remember, even if Jack Dorsey sells hundreds of NFTs of his first tweet, that first one got recorded on the blockchain as the original NFT so it will be worth the most.

From the Where's Waldo audiobook