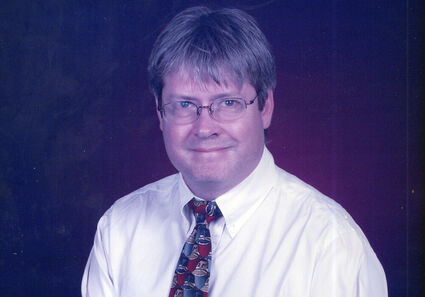 After college, Craig moved to Denver, Colo. to work for Southern Research Institute as a research physicist. Later, he accepted a senior position at General Dynamics in Fort Worth, Tex. A few years later, Craig was offered a Senior Electro-Optica Avionics Engineer position at General Dynamics in Fort Worth, Tex. His main area of responsibility was enhancing the F-16 Fighter plane by designing and integrating the infrared cameras onto fixed wing platforms. Craig's contribution to this project earned General Dynamics a one million dollar bonus from the client. During Craig's employment at General Dynamics, he continued his education at the Southern Methodist University and graduated in 1990 with a Master of Science in Applied Science.

During that time, Craig's mental health began to suffer. He left his job and earned his teaching certificate in Math and Physics from the University of Texas at Arlington. One of his greatest achievements was leading a highly successful program to help at-risk students pass the Texas State Test, a graduation requirement.

When Craig left Texas, he settled in the Collette household in Tehachapi. He worked as a substitute teacher for Tehachapi and Kern Unified School Districts and as a junior estimator for Superior Construction.

Sadly, Craig's mental illness progressed over the years, forcing him to retire early. He had an adventurous spirit and loved hiking in Tehachapi, sometimes living off the land for days at a time. He had a deep love for Texas and sometimes traveled there. He loved to wander and see the world.

Craig and his brother Boyd cared for their father during his final months, which gave Craig a purpose and caused his mental illness to temporarily recede. In 2019, Craig and Boyd purchased a home in California City. Craig liked to venture around the city on foot and frequently visited Tehachapi.

Craig spent most of 2020 in the hospital with serious health issues. In 2021, his health seemed to improve, but then quickly declined. On Nov. 25, 2021, Craig peacefully passed away in his home from congestive heart failure.

Craig was preceded in death by his parents. He is survived by his siblings LaVonne, Karen, Boyd, and Roberta. He has numerous nieces, nephews, and cousins. He was a wonderful son, brother, nephew, uncle, and cousin and will be sorely missed by all. He was blessed with good looks, intelligence, talents and outdoor survival skills.