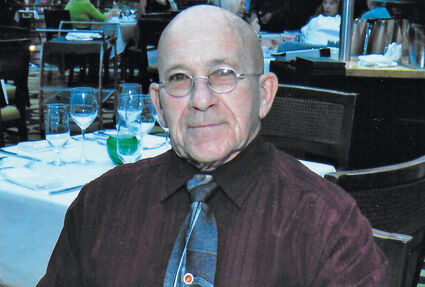 Roman Gregory Weltin, long time Tehachapi resident, passed away Sunday, December 12, 2021, after reaching the age of 80 years old. For years Roman fought various illnesses as he struggled to remain active in his family's lives. Roman died peacefully, while hospitalized from complications with COPD, with his beloved wife, Laura and daughter, Lynette by his side.

Roman was born September 7, 1941, in Conneaut, Ohio to Paul and Betty Weltin. He grew up and attended school in Fremont, Ohio. He graduated from Saint Joseph's High School and received his Bachelor of Criminology from Tiffin University.

Roman joined the Marine Corps immediately after high school graduation. His basic training was at Parris Island, South Carolina. While serving in the 2nd Battalion 12th Marines, his tour of duty took him throughout the Pacific to Japan, Laos, Borneo, and the Philippians. After returning from the Marine Corps in 1965, Roman met and married Susan Raifsnider and they had one daughter, Bridgette Ann. While in Ohio, Roman worked as a Police Officer, a Seneca County Court Bailiff, and then as a security officer at Saint Joseph's Hospital in Tampa, Florida. The family moved to California in 1981, where Roman secured a position with the California Department of Corrections at Dual Vocational Institution at Tracy. While working there his services were requested and he was given leave to work on the security team for Pope John Paul's visit to Monterey, California. Roman was in the California National Guard Rifle and Pistol Team and competed at the sharpshooter level.

Roman and the family moved to Tehachapi, California in 1986 and it was here Susan passed away. Roman was promoted to Correctional Sergeant at CCI Tehachapi. He retired from CCI after 19 years of service for the Department of Corrections. While working at CCI, Roman met his love, Laura, and they married on October 8, 1993. After retirement they moved to Utah where they enjoyed fishing, hiking and visits from their combined families. Roman loved all his family and would often tell each of them, "I love you with all of my heart."

Of all of Roman's accomplishments, he was most proud of his service in the United States Marine Corps and his love of and faith in our Lord and Savior Jesus Christ.

A viewing was held at Wood Family Funeral Services on December 27, 2021, and a graveside service was held at Tehachapi Public Cemetery, Eastside, on December 28, 2021. In lieu of flowers, a donation to a veterans organization was encouraged.