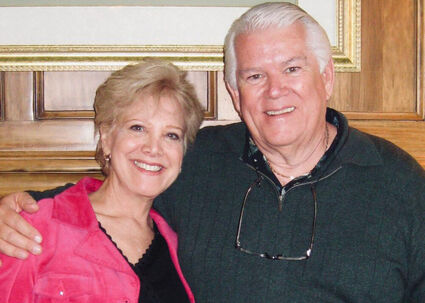 Dorothy Esther McReynolds was born in Los Angeles, California on Dec. 4, 1942, to John and Josephine Bacarella.

Dorothy was a culinary school graduate and an accomplished artist, excelling in painting, ceramics, marquetry, jewelry making, sewing and design. Dorothy's writing had been published nationally by the time she was in high school. In adulthood, she produced a line of Christian greeting cards and was later commissioned by the City of La Quinta for her tile painting. Dorothy worked for Rockwell International and later became a real estate broker. She also volunteered in her community in many ways, utilizing her ability to write and publish plays, poetry and articles. Dorothy was a member of the BeeKay Theater, in which she also served as a producer. Dorothy's greatest passion in life was studying her Bible and serving her Lord and Savior Jesus Christ.

Dennis Wayne McReynolds was born in Dallas, Texas on Aug. 14, 1938, to Johnnie and Ben McReynolds. Dennis graduated from Mt. San Antonio College, and went on to serve in the U.S. Army in a medical unit, ranking as a Specialist (E-4). While working for Shell Oil, Dennis received his pilot's license and co-owned a Piper Cub and a boat. He went on to graduate from the Police Academy at Rio Hondo College in 1967 and joined the LA County Marshal's Department as a deputy. Dennis married and raised his two sons, Tim and Mark and his daughter Christina. Dennis continued to further his education and received his Bachelor of Science in Criminal Justice at Cal State LA in 1975 and was promoted to Senior Investigator by the following year. He became well known for his investigation of the largest medical malpractice case in California history at that time.

Dennis and Dorothy met in the early 2000s and were married on Sept. 12, 2008 in Stallion Springs where they established their home and attended church. Together they loved their family, their church family and their community.

Dennis passed into the loving arms of his Savior on Aug. 12. Dorothy followed him to her Savior on Aug. 15. They will be missed greatly by their children and their spouses, their grandchildren, their family and their friends.

A Celebration of Life memorial will be held on Saturday, Oct. 23 at 11 a.m. at Stallion Springs Community Church, 18151 Saint Andrew Dr., Tehachapi.