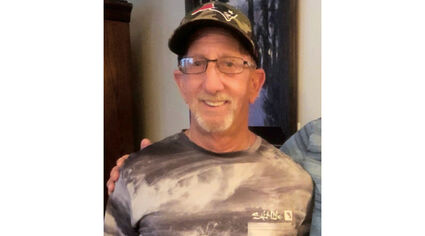 Jon Byron Apathy died peacefully at home in Tehachapi, California on September 11, 2021, after a one-year battle with cancer. He was surrounded by his wife, daughters and sister. He was 68 years old.

Jon was born on August 27, 1953, in Gary, Indiana to John and Theodora Apathy. They moved to Glendale, California a few years later. Julie Sorenson and Jon both attended Glendale High School but really didn't know each other. They met later in their early 20s and dated on and off until getting married on September 25, 1986. Julie was already living in Tehachapi and running the family business, Old Town Postal and Blueprint Services. After getting married, Jon ran the business for 36 years until selling it last month.

Jon was an accomplished athlete and excelled in track and field, baseball, football, and tennis. He coached Little League in Glendale as a young man and later coached his grandson's team for a couple of years here in Tehachapi. Golf was his passion and he enjoyed playing every chance he got. You could also find him fishing the lakes and rivers around Bishop. His greatest joy was being "Papa" and riding motorcycles with his grandson Grayson. Jon was never short on words and loved visiting and sharing stories with friends and strangers alike. Family trips included yearly camping trips to San Clemente, as well as vacationing in Mammoth and the Hawaiian Islands.

Donations can be made online to the Wounded Warrior Project, a charity Jon felt strongly about supporting.