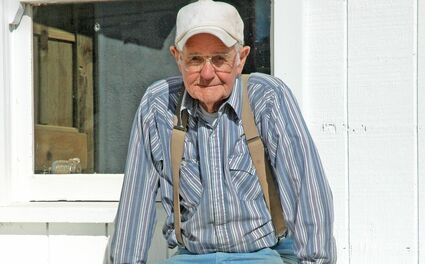 Hooks Anderson sits on a bench outside the workshop he had on Cherry Lane, where he made everything from flutes and totem poles to muzzleloading guns, clocks and carvings of all kinds.

When my brother Lawrence and I were teenagers in the 1930s, we used to work for old Bill Browning catching jackrabbits outside Delano. He was an oldtimer, the first white baby born in Kern County and he once owned half of Delano. He was a bootlegger during Prohibition, and he was a great guy. He used to sell big jackrabbits to the greyhound dog tracks in LA for $1 apiece. When he had an order for 40 or 50 jackrabbits, then we would go set up nets out west of Delano in the alkali scrub, in the sagebrush where there were thousands of rabbits. We put up net wire with a long lane, a wing going out on either side of the opening and a catch pen at the end of the lane. 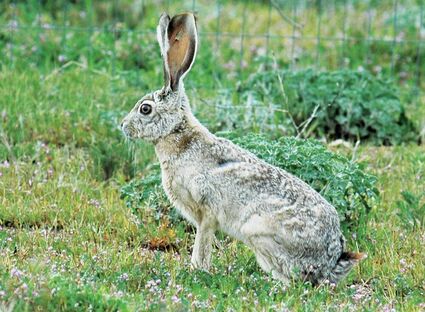 Black-tailed jackrabbits like this one were once used to train greyhounds.

We put pens all around the bottom, they were made of wood lath and would hold about five rabbits. There were little pens for the rabbits to go into as they came down that long lane – little chutes with sagebrush hiding them, the rabbits would go right in and you would just close the door. There would probably be 200 or 250 rabbits in the catch pen. Jackrabbit Bill, that's what they called him, would check each one and only keep the biggest ones, mostly males. He would put the ones he wanted in crates then raise the nets and let the others go. He wouldn't kill a rabbit because he thought a lot of them. He got mad when they'd hold those big drives and club the rabbits. Lawrence rode his horse to chase the rabbits into the pen and I'd ride along through the sagebrush with Bill in his Model T, and he would beat on an empty five-gallon can with a stick and I'd whoop and holler. He would give us each a big silver dollar and supply us with lunch.

Hooks Anderson worked as a repairman at Monolith Portland Cement Company for 40 years, and was an amazing craftsman and artisan, working primarily with wood and metal. 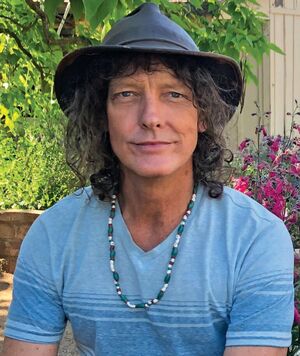