Teens with a Purpose 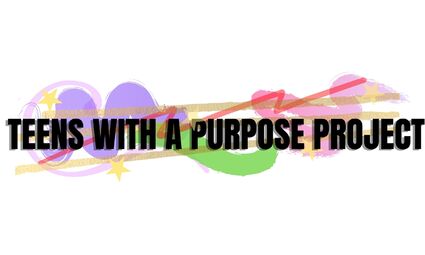 During the 2020 pandemic a small group of high school juniors started their own organization, Teens with a Purpose. This is their umbrella organization for many cause-driven projects. Layla Lujan, 2020 Tehachapi Citizen of the Year with her brother Milo, and her friend Trinity Madden, a local beauty queen, organized Teens with a Purpose in April of 2020.

When children decide to help through Teens with a Purpose, they have many options from which to choose: mental health, foster care, deafness, homelessness, and environmental concerns, to name a few. For example, a local eight-year-old, who has earned the title Little Miss East Kern County, came to the group wanting to collect donations for the homeless. Because they cannot give money directly to the homeless, they helped the young lady form Helping Hands, which collects essential items for the homeless centers in Bakersfield and Lancaster.

As the ladies were promoting their organization to their friends, they inspired three of them to join the organizational team. Paxton Hoofard is the technical wizard, head of design; Emma Denny is the social media coordinator; and Edgar Llamas is the event coordinator with Layla, as well as the go-fer. All five students are now seniors in high school, three of them attending Tehachapi High School. Layla attends Garces High School and Trinity the Tehachapi Independent Learning Academy.

The group is in the process of setting up Teens with a Purpose as a non-profit organization. Trinity has just finished their website and the group plans to produce apparel like hoodies and t-shirts with the organization’s logo. The website includes a mental health care package which has a lot of little items that all of the organizers agree make them feel happier. Many adults do not realize that depression and anxiety among children and teens has increased dramatically in recent years, leading to substance abuse, reclusive behavior and even suicide. Trinity mentioned that several of her friends have committed suicide in recent years. Social media has been a contributor to these tragedies, as well as the pandemic.

The latest project is Peak to Peak, environmental cleanup that will extend from the mountains of Tehachapi to the beaches of California. The inaugural event is trash cleanup on September 18, 2021 at a local site within the city limits of Tehachapi.

Teens with a Purpose began as an offshoot of Trinity’s beauty pageant platform, Help for the Hear. In some organizations, pageant platforms are mandatory. Having a pageant platform ensures that, as a contestant and titleholder, a pageant participant is a well-rounded individual who wants to make a larger impact on her community and the world around her.

Trinity began participating in local pageants at age nine in 2013 and won the title Miss Tehachapi. For the past few years she has competed in the Royal International Miss Pageants. She won the Miss California title in 2019. She went to Internationals that July, placed in the top 15 and was the first deaf contestant to compete in their pageants.

In July 2021 Trinity traveled to Orlando, Florida, to compete in the Royal International Miss International Teen. As she had just turned 17, she was the youngest in her division; many of the 67 girls against whom she competed were in college. She did not place in the top 15 but placed first runner-up in the Spokesmodel category, speaking about the Teens with a Purpose project. She placed second runner-up in State Wear, where the girls have to make a costume representing their state. Her mom, who she says is her best friend, made her costume: a giant California poppy.

Help for the Hear was started by Trinity when she was 12 years old. Layla has been helping her with this project since 2019 and this cause is now part of Teens with a Purpose. Trinity relates that hearing aids can cost upwards of $3,000 and insurance only covers about 30%. Help for the Hear raises funds to buy people hearing aids, and the organization also collects old hearing aids to donate temporarily to people who cannot afford them. Trinity herself has only about 5% hearing and is the only local beauty queen who is deaf. She relies on reading lips but also wears hearing aids. She also has a listening device she wears during school and her teachers wear a complementary device.

No one realized that Trinity had hearing loss until she was in the second grade, when she underwent her first surgical procedure. She had suffered numerous long term ear infections as a toddler and young child, which had led to the destruction of her ear drum, mastoid bones and nerves on the left side of her head. When Trinity was 12 she was struck with a hockey stick during a school accident in PE class. The accident damaged the nerves on the right side of her head and shattered her remaining mastoid bones.

Trinity and her friends participating in Teens with a Purpose are but one local example of young people creatively preparing to be the next generation of leaders. The individual members of Teens with a Purpose, Tehachapi, can be reached via social media through their accounts on Instagram, TikTok and Facebook.

Kudos to all of the other young people, the unsung heroes and heroines, who spend their time and effort contributing to their schools and the community without much recognition.