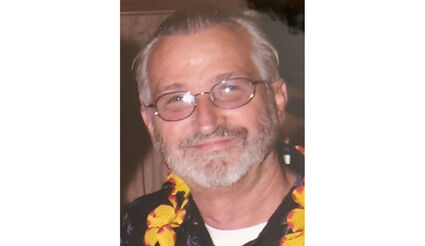 Born July 18, 1941, in Cali, Colombia, Al was the youngest son of Juan Bautista and Mercedes Lillian Carlo Quevedo. He was always getting into trouble with his older brother and sister, Juan Jose and Lillian Mary, running around the island wreaking havoc and getting sick from eating too many bananas. He was a very mischievous and fun-loving child. His younger years were spent mostly in the Canary Islands with his father in Spain, since his parents divorced, and his mother moved to America to live with her current husband in Knoxville, Tennessee. When he was old enough, Al followed his mother to America to become re-acquainted with her and join the United States Air Force as he always had a love of planes.

Shortly after, Al was stationed at McClellan Air Force Base in California and studied hard enough to become a US Naturalized Citizen at the young age of 21. It was at this base where he met his future wife of 56 years, Kristen Ann at the local college. They were married May 1, 1965, and together they had three daughters, Maity Vermillion of Santa Ynez, California; Catherine Brandenburg of Sinton, Texas; and Karen Smith of California City, California. Alfonso also had a son, Ronald O'Hara, of Albuquerque, New Mexico, whom he would find in 2018, but would lose to cancer in 2020. He would learn that they had a lot in common, both joined the Air Force right out of high school and had an extreme love of aircraft and flying. Alfonso also leaves behind eight grandchildren and seven great-grandchildren, whom he would spoil whenever he had the chance.

After 20 years of service with the Air Force, he retired from his current station at Edwards Air Force Base and a few weeks later, returned to work as a Civil Engineer at Edwards for Kentron Computer Systems. He has always been a hard worker and worked his way up in the computer sciences, working on F-15, F-16 fighter jets and many other projects. He was working in instrumentation and the requisition of parts when he retired once again from Civil Service in 2008. He loved his job and the people loved working with him. He had always been a very sociable person and talked and joked with everyone he met. People would always say how charismatic and big hearted he was and how he was always in a joking mood.

After the loss of his wife, Kristen, in May 2021, he moved to a retirement community in Palmdale, California. Though Al was not there very long, he made lasting impressions and fast friendships with the residents and staff alike. His infectious laugh and generous personality will be greatly missed by all who knew him or met him.

Fly high Alfonso... "To live in the hearts of others is never to die."

A full Military Memorial Service was held for Alfonso on September 1, 2021 where he was laid to rest with his wife at Bakersfield National Cemetery in Arvin, California. In lieu of flowers, donations may be made in remembrance to Karen Smith via Venmo.