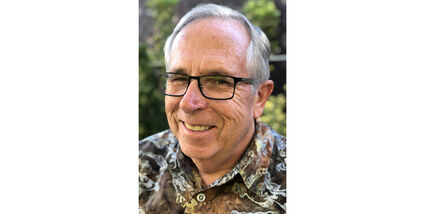 Also known as feature phones, dumb phones are phones without the smarts of a smartphone. They come in candy bar and flip styles.

If you don't need to read a book, look up the word "defenestration," or check the weather on your phone, get a dumb phone.

If you want to keep a phone in your car for emergency use but don't need to be reachable 24/7, get a dumb phone.

If you need to call people and do illegal things without being tracked by the authorities, get a dumb phone. Wait, no, don't do that.

The original dumb phones, known as burner phones, showed up around twenty years ago, way before smartphones existed. Spies and criminals used burner phones to do spy and criminal things without being trackable. I suppose some genius must have burned their phone after its useful life was over, and the term caught on, somehow.

Anyway, what exactly is a dumb phone and how does it work?

Without many features and relatively small size and weight, most dumb phones get excellent battery life, often lasting for weeks on a single charge, making them great for emergency use. You can put your fully charged dumb phone in your go-bag for emergency use or leave it in the glove compartment of your car.

Other than the economy of and emergency uses for dumb phones, people also use them for privacy. It's pretty anonymous since you can purchase dumb phones at gas stations, convenience stores, and many other places. Anonymity might be what you need if you're calling in an anonymous tip, using a secure messaging service, avoiding spam and marketing calls, or want a new phone number not connected to you.

But if you're not worried about being tracked and need a phone with long battery life for emergency use, a dumb phone works great.

It also works great if you don't need a smartphone. Making phone calls is what dumb phones are good at.

Down in the search bar, type "update" and click on "Check for updates." At the bottom of the Updates windows, click on Advanced and toggle every setting to off.

Windows will still download any updates your computer needs, but it won't automatically restart Windows to install the updates. Apply the updates and restart your computer whenever the time is right for you.

You know, without a smartphone you wouldn't:

Know what time it is.

Be able to solve a math problem.

Know what day it is.

Be able to text your friend when you're at their house.

Wake up at the same time every morning.

Look up a word you don't know.

Find stuff in the dark.

Wait a minute, we could do all that stuff before we had smartphones. But, how?