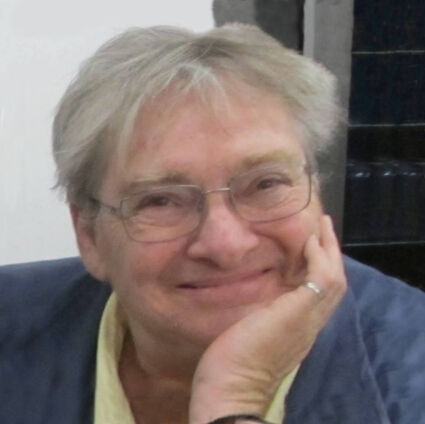 My friend Arlene called one day to let me know that her 18-year-old daughter was moving out of the house and into her own apartment. Arlene was understandably a little sad, but she was also a little ecstatic. This daughter was the last of four kids to move out, and that meant that my friend would finally have the house to herself.

In fact, she was pretty excited to think that now she won't have to wonder what's left in the fridge, or where the scissors are, or even where a pen is. She'll know that when she puts something away, it will be right there for her whenever she needs it again.

Sounds good, I thought, sort of like an expression I've heard many times before: A place for everything and everything in its place. I myself am familiar with the concept, but I've personally never really gotten the hang of it in real life. My own personal philosophy is, everything is someplace.

You see, no teenager has ever lived in my house, but I never know where the scissors are. I have several pairs stationed around the house, but I usually have to hunt for some sharps when I need to cut something. For some reason it's just easier to set them down when (and where) I'm done with them than it is to put them away, so I'm sure to have to hunt again next time I need them.

The same is true with pens and paper. As a writer I have writing utensils and pads scattered all over the house to facilitate capturing my many brilliant thoughts on paper whenever and wherever they come to me. If you think you've never read anything particularly brilliant here in my column, perhaps it's because I can never find one of those pads (or a working pen) when I really need one. I don't know where they go, but they're never where I think they should be.

I'm a little embarrassed to admit that sometimes I find what I'm looking for in the freezer or by the bathroom sink or some other unlikely place. Seems that sometimes when I'm in the middle of something like paying bills, I get up to get more ice for my diet Pepsi and I leave the pen I was using next to the ice cube trays (or on any surface between the fridge and where I was sitting). I've also been known for making piles, so sometimes I find what I'm looking for in the third or fourth layer of things by my living room chair.

Or I may wander into the bathroom carrying the book I'm reading, and I leave it on the sink, then get back to my rocking chair and wonder where the heck my book is. Once I found a half-read, two-month old magazine under the old towels I use at the back door to clean muddy paws. Books have reappeared on the closet floor and by the cat food containers and in the laundry room, under the spare pillow on my bed, on the deck table, in the cat bed on the living room floor. Scissors have been found at the bottom of the linen drawer, wedged in the cushions of the recliner, or, at least once, in the doggie treat jar.

I do have a place for everything in my home, I just have trouble getting things into those places. I do find everything, eventually – often I find what I was looking for yesterday when I'm trying to find something else today – even though some things take longer than others. In fact, on rare occasions, I'm pleasantly surprised when I find something where it's supposed to be.

And yes, I've looked for my glasses when they were on my face (where they are supposed to be) and I've frantically searched for my phone while holding it in my hand (thinking I was holding the remote).

The intelligent, logical part of my brain knows that my life would be somewhat easier if I actually put things away, where they belong, but no matter how much I know that, it just doesn't seem to happen.

Unlike my friend – and certainly as I get older and older and more and more absent-minded – I have no reason to think that will change any time soon. But, I also know I'll find everything in good time because, after all, everything is someplace.

© 2021 Marilda Mel White. Mel White, local writer/photographer and owner of Tehachapi Treasure Trove, has been looking on the bright side for various publications since 1996, and looking for various other objects since the early 50s when she got good at walking and picking things up and putting them down. She welcomes your comments at morningland@msn.com.