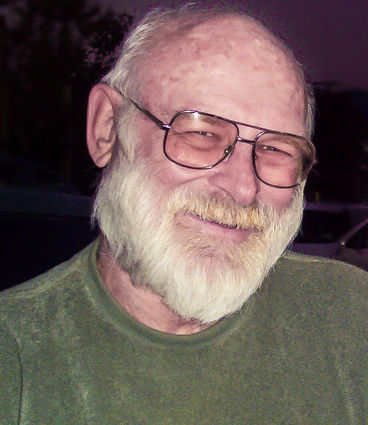 Patrick Michael Briggs, born on November 21, 1941 to Glenn Hildreth Briggs, Sr. and Margaret Haworth Dartt, in St Peter, Minnesota, passed away on April 2 in Bakersfield. He was the fourth of five brothers.

Except for a few years spent near St. Louis, Missouri around 1950, Patrick lived his life in California. Some of his earliest memories were playing with his brothers out in the desert near Muroc (Edwards Air Force Base) where his father worked. One of his earliest memories was getting a haircut when Chuck Yeager broke the sound barrier. The family eventually settled in Canoga Park, California where Patrick spent his remaining childhood years.

Patrick attended Canoga Park High School, where he met his true love, Mardi Lynn Haley, who would eventually become his wife. Patrick was active in the Boy Scouts. He spent his summers from 1955 to 1960 at Camp Whitsett near Lake Isabella. Missing his girlfriend, Patrick would write many letters to Mardi.

After graduating from high school in 1959, Patrick attended Cal State Northridge where he studied to become a history teacher, but plans can take interesting turns. On September 1, 1961, Patrick married his high school sweetheart Mardi and children soon followed.

In 1977 Patrick took a job for the California Correctional Institute (CCI), located near Tehachapi. Mardi was attending her last semester at San Diego State, so Patrick moved into "the bachelor quarters" at CCI so that Mardi could finish her degree without interruption. The family moved on Christmas Day in 1977 to Tehachapi, where Patrick and Mardi remained for the next 43 plus years.

After 23 years working for the state, Patrick retired in 2000. Retirement, however, was not to be an idle time. Having fond memories of his summers at the Boy Scout camp, he worked many more summers, this time at BSA Camp Tomahawk in northeastern Utah. Several of his grandchildren joined him on the staff throughout the years.

Patrick also volunteered for the American Red Cross where he was an emergency response vehicle driver. Both he and Mardi were dispatched to help after Hurricane Katrina and Hurricane Ike. He was known as "Santa Pat."

Patrick also supported many local efforts: During the Christmas season he was a bell ringer for the Salvation Army. Again, the kids thought the "real" Santa was in Tehachapi. He drove a delivery truck for a food pantry that provides food to hungry people across Kern County. He volunteered as a docent at the Tehachapi Train Depot. While doing all of this, he and Mardi found time to clean up a two-mile stretch of Highway 136 near Lone Pine.

On September 1, 2020, Patrick and Mardi celebrated 59 years of marriage. Through good times and bad times, through life's many ups and downs, the two stayed together and were a beautiful example of what true love looks like. Patrick's last words were "Mardi, I love you."

Patrick was an unassuming man and did not think he did all that much in his life. However, his influence was felt among many people. He is a hero to his wife, children, grandchildren and great-grandchildren.

Besides Mardi, Patrick is survived by three of his children Lori, Mike and Chris; brothers Bruce Briggs and Christy Briggs; 12 grandchildren and 2 great-grandchildren.

Greeting Patrick on the other side of the veil are his parents; brothers Glenn H Briggs and Walter Paul Briggs, daughter Alison Haley Briggs Krutsch and grandson Erick Stanley Oman.

A memorial celebration was held Sunday, May 16 at 11 a.m. at Wood Family Funeral Service in Tehachapi.