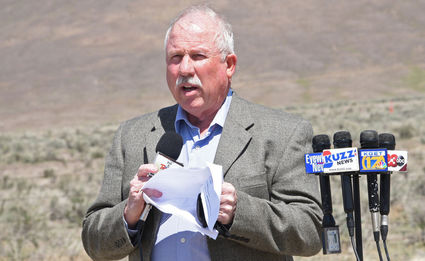 On the afternoon of April 5, in a cold harsh wind at the corner of Capital Hills Pwy. and Challenger Dr., the City of Tehachapi held a public press conference to address its response to the High Speed Rail (HSR) project.

According to a press release from the City of Tehachapi, "The HSR has quickly and quietly opened public review and comment period for the California Quality Act (CEQA) and National Environmental Policy Act (NEPA), a Revised Draft Environmental Impact Report/Supplemental Draft Environmental Impact Statement (Revised Draft EIR/Supplemental Draft EIS) for the Bakersfield to Palmdale section which includes the impact to Tehachapi." The comment period is Feb. 26 to April 12.

The City had been working with the HSR for the last eight years and had identified several problems with the HSR. According to Development Services Director Jay Schlosser, the City was given assurances from HSR that they would take care of Tehachapi. They submitted the problems in writing in April 2020 during the original HSR comment period and were told that HSR could not afford to address the multiple problems that would negatively impact local neighborhoods. Issues included severe noise impact for the neighborhoods of Arabian Estates and Ashe Village located just north of Hwy. 58 leaving them open for blight and declining property values. An originally proposed sound wall for the north-side communities was removed by HSR.

Schlosser said that the HSR is like building the Panama Canal and the Great Wall in one community. The only negotiating agreed to by HSR was with the National Chavez Center where they moved the track line a mile away from the Center. At one point Schlosser had suggested a HSR Visitor Center for Tehachapi, an idea that was positively received at the time but HSR now says they do not have the funds for such a project. 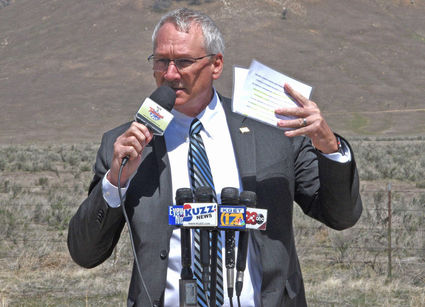 City Manager Greg Garrett said that this section of the HSR was originally scheduled to be the last section completed until a new high-speed rail was planned from Victorville to Las Vegas resulting in moving the project forward more quickly. When the question came up as to whether HSR would use imminent domain to acquire the necessary property to build the rail line, Garrett answered a strong "yes."

Public comments can be made until April 12 by contacting the California High-Speed Rail Authority Bakersfield to Palmdale Project Section by phone at (866) 300-3044 or by email to Bakersfield_Palmdale@hsr.ca.gov.