The little town that could 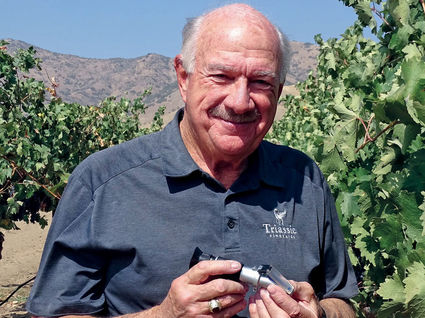 When the clouds of COVID clear and dreams of progress resume, Tehachapi can begin planning for a new identity: California Wine Growing Region.

Other, now famous, California AVAs had to start somewhere. We stand at the precipice of a new beginning, the birth of a new industry and expansion of seeds that were planted years ago by the pioneer viticulturist, Souza Family. There are now seven vineyards that have taken root in the rolling meadows that are nestled between the mountains of Tehachapi.

"The market will be positively affected and that buyers see the vineyards and tasting rooms as very attractive attributes. A definite enticement," said Terry Gardner, of Miramar International Realty and Vice President of TAAR.

Terry has been in real estate for 21 years and has seen Tehachapi grow and evolve.

"It will take time to develop but it is a win-win for all," she said.

Lifetime resident and Economic Development Coordinator for Tehachapi, Corey Costelloe, is also delighted to see his hometown evolve. Corey states that value-added agriculture will make Tehachapi a tourist destination. He also sees the local economy benefiting especially those businesses that support the wineries, like restaurants and hotels.

"It's definitely a feather in Tehachapi's cap," he said.

To play on the railroad metaphor, Tehachapi, like "The Little Engine That Could," can fulfill a dream. It will take some effort but will certainly be worth it.

Jim Arnold is president of the Tehachapi Wine Growers Commission and owner of Triassic Vineyards.