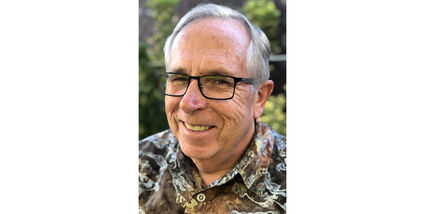 Video conferencing, whether we're using Zoom, Microsoft Teams, Skype, BlueJeans or another tool, has become a big part of our lives since you-know-what-that-must-not-be-named. Webcams have moved from a nice-to-have feature to pretty darn indispensable for lots of people. They're how we go to meetings, attend classes and hang out with friends and family far away.

Whenever a critical mass of people uses a device or a technology, criminals figure out how to exploit it. Here, it's called "camfecting" or "cam-hacking." It can be as simple as clicking a malicious link in your email or on a website. That single click can execute a command on your computer that allows remote access to your camera. And they can do it without even turning on the light that lets you know your camera is on.

After all, we don't want anybody watching you without you knowing they're watching you, right?

That means physically covering the camera with black electrical tape, a cute bandage, or something on laptops. If you use your camera a lot, it might be easier to take a single sticky note, cut it into strips, and cover the camera with a strip from your sticky note.

On a desktop computer with an external camera, unplugging the camera is a sure way to disable it. If you plug your camera into the back of your computer, making it difficult to unplug and re-plug, you can try the tape, bandage, or sticky note strips, but some cameras don't have a flat surface to stick on. In that case, you can buy a camera cover for your camera. Search online for the make/model of your camera and add the word cover. They're pretty inexpensive and work well.

Computer manufacturers know this is a problem, so newer all-in-one computers have cameras that pop up when you need them. Newer laptops use pop-up cameras, too, or have a camera cover you can slide into place.

Potentially, it's not just our computers that can have their cameras hijacked. Many phones, tablets and smart home devices have cameras that can be vulnerable to cam-hacking, too.

The devices from Google and Amazon (the Echo and Nest lines) are secure for now, mostly because you can't load any third-party software on them. But they're on your network at home, so if someone gets access to that, they have access to those device cameras, too.

The cameras on your phone are pretty secure unless you're loading unapproved apps from outside either the Apple App Store or Google Play. IOS 14 and iPadOS 14 both will alert you when an application is using your camera or microphone on Apple phones and tablets.

Because the cameras on our phones get used for face recognition, ambient light detection and other biometric and environmental measurements, it's not a good idea to cover the front-facing camera on your phone.

Five long years ago, a picture of Mark Zuckerberg (remember him? The guy from Facebook?) made the rounds. In the photo, he was holding something up and mugging for the camera. You can see his laptop in the background, and black tape covers both the camera and the microphone. If it's good enough for him, it's good enough for you.

My husband's working from home and just shouted to me from the living room: "I'm going into a video meeting..." So I jokingly shouted back: "I guess I should put a shirt on?" And then he finished his sentence: "... and they can hear you."