Orris Imhof, the man and the field 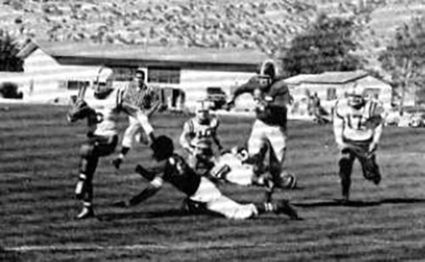 Thank you to all who wrote emails or sent other correspondence expressing your appreciation for the typo-inspired column about the late Coy Burnett, the namesake of our football stadium. It was nice to hear some reassurance about the man and his rightful place on the sign adorning our facility.

I had mentioned in that piece about the move in the late 1950s from nearby Imhof Field that had previously served as the home of the Warriors prior to Burnett's generosity. Here it is another day and another opportunity to delve into history. Unfortunately, most forget about that field which sits nearly abandoned along Snyder Avenue, the sign fallen down years ago and the usage to the school district limited these days as their campus facilities shift south.

Orris Imhof was at one time the lone faculty member and principal during the establishment of Tehachapi High School. He was also instrumental and an advocate for establishing athletics programs in Tehachapi as part of the educational experience. I guess you can say he was the first cheerleader for Tehachapi as well, establishing the path for all future Warriors. He was principal from 1928-39 before leaving Tehachapi for a research post at the University of California, Berkeley.

Imhof passed away unexpectedly in 1950 and as a tribute the grounds just south of the high school (now currently occupied by Cerro Coso Community College) was dedicated in his honor and served as the Warriors football home for the next eight seasons prior to the opening of Coy Burnett Stadium just over the hill in 1958.

Despite the move, many future athletes would have stories of their own about Imhof Field. It was once marked by a beautiful willow tree at the entrance gate on Snyder that was removed at some point. Next to that tree over the gate hung a large white sign with the letters in green boldly stating "Imhof Field."

It served as both varsity and junior varsity baseball headquarters for many years before the varsity field was opened in 1988 at the corner of Anita and Snyder.

Even I, generations removed from the era of Orris Imhof, have plenty of memories of that space. During my first few seasons of play in the late 1980s with Tehachapi Youth Football, it served as our practice field with four levels of Tehachapi teams spread out across its grounds. There were many of us who attended Jacobsen Junior High when it occupied those buildings and it served as our social yard, a place for pickup games, junior high gossip and other nonsense.

I played junior varsity baseball there and the field had more ground rules than an umpire could possibly remember, especially lacking a proper outfield fence. During our season there was a large trench open at the back of both right and center field for much of the season that served as an official homerun barrier. Anything over the trench in the air was a homerun, anything that rolled over it was a ground rule double. Same went for a ball rolling into the classroom area in left field that was expanded at Jacobsen in 1993.

Unfortunately, the facility has been lacking both the maintenance to keep it from becoming an eyesore and any signage about its official name of Imhof Field for some time. Every once in awhile when I use that name to describe the venue, I get a sideways look. I guess fewer people than ever remember Imhof or his once bustling field at the center of the high school universe.

With the high school campus move to Dennison and the middle school shift to its current campus Imhof Field has been reduced to a practice facility for a few soccer teams, a haven for ground squirrels and fittingly enough on Friday nights the warmup area for the Warriors as they prepare to enter the north gate of the stadium and run onto their current field. I hope we will see that again soon enough. 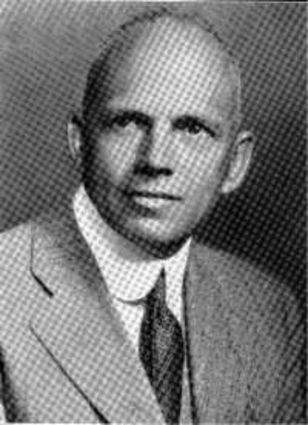 Maybe one day Orris Imhof Field will get some TLC and return to at least a respectable community venue where parents can throw batting practice to their children or utilize the open space for preparing the next generation of Tehachapi competitors. For now, those of us that have history there just drive by and remember a little piece of our childhood competition and hope names like Imhof and the sacrifices associated with those names do not simply fade away.