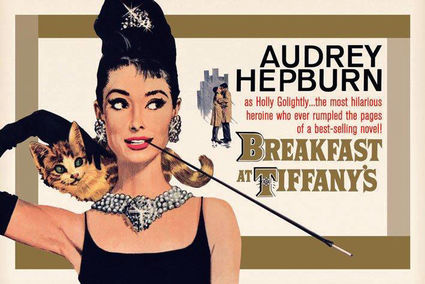 My name is Nicholas Tanaka. I fell in love with movies and studied film in college, but due to my age, I haven't seen many of the classics. I've decided to go back and watch the films that have informed our movie landscape today, and view them with a modern lens.

"Breakfast at Tiffany's" is a 1961 American romantic comedy film directed by Blake Edwards, based on a 1958 novella by Truman Capote.

Audrey Hepburn plays Holly Golightly, an early iteration of the manic pixie dream girl who's living in 1960s New York. Paul Varjak is a writer who lives next door who is swept up into Holly's crazy world and falls in love with her.

Neither character is your standard romantic lead. Paul's life is paid for by a wealthy woman who keeps him around so that she may cheat on her husband. She furnishes his apartment with plush couches, a stocked closet and an opulent bed. Conversely, Holly lives in a sparsely furnished apartment with a cat she refuses to name.

The movie is about their misadventures and slowly falling in love. We learn about these characters through their flirtations. While many films from this time would drag by the halfway point, I couldn't help but crave more from the story beats. The story could easily have been a season of television or a miniseries on Netflix, having each little misadventure take up a 40 minute block of time for an audience to slowly fall in love as Paul and Holly do.

I couldn't talk about this film without bringing up the secondary, interesting characters, such as the acting agent, the mob boss, and Paul's adulterous benefactor. The film does well to introduce these characters and make you want to learn more about them. That is, except for Mickey Rooney's yellowface character, whose appearance on screen is unnecessary for the most part and barely pushes the plot forward. I'll blame this character on the times, but a new audience should be warned of this fairly racist post-World War II caricature.

For those Millennials out there, I'd recommend Breakfast at Tiffany's. Hanging out with these characters is fun and interesting. Following Holly Golightly through her love and loss was a grand time. I didn't think I would identify with these characters like I did. If you watch the film, you'll fall in love with Holly, too.