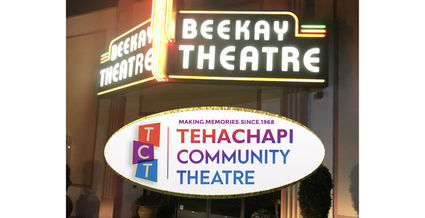 Gary Michael Mazzola is well known in this town. And if you know him, have heard his incredible music or been lucky enough to score a ticket to one of his concerts at the BeeKay Theatre, you will not want to miss this special presentation of Gary’s remarkably imaginative music videos. This first installment, which opens February 6 at 7 p.m., will be one in a series of specials.

In 1967, Gary wrote his first song in high school and has been turning out some of the best tunes you’ll ever hear ever since. It is the community’s good fortune that he took up residence in Tehachapi in 1990. Beginning in 1986, Gary worked for Channel 23 KERO in Bakersfield where he learned and refined his exceptional talent for video creation and editing. Having learned that he has Parkinson’s Disease in 2009, Gary created his first music video featuring original music in May of 2010. It was a song and music video about Parkinson’s, naturally.

And he has been writing and recording them ever since.

This presentation, and those to follow, are sure to be an entertainment experience that you will never forget. Mark your calendars!