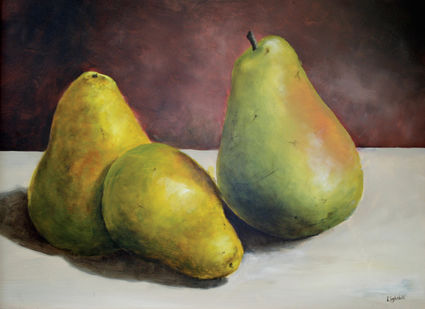 Steven began to study art at the age of 16, taking courses in painting, sculpture and jewelry during high school in Northern California. After a tour of active duty with the U.S. Air Force, he went back to college to study design earning his degree in fine art.

He began his career in art as an illustrator for the Air Force. Steven also accepted freelance commissions for portraits and other work, including designing slates for a local television station, and logos for other businesses.

Steven's illustrations and designs have been on display in the Smithsonian Air and Space Museum, the Chicago Art Institute, the Library of Congress as well as other venues.

Steven currently works as the Visual Communications Manager at the NASA Armstrong Flight Research Center, Edwards, California. He is responsible for exhibits and outreach programs and serves as an art director for the center.

Come join us at GalleryNGifts, January 1, from 5 to 8 p.m. and enjoy Steven's wonderful art.