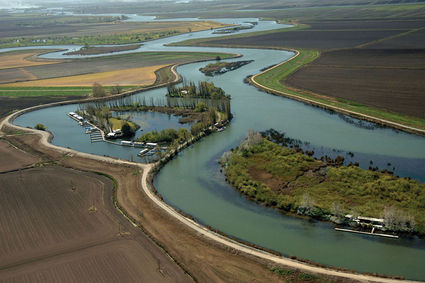 In a special session November 17, the Tehachapi-Cummings County Water District (TCCWD) Board of Directors voted to participate in the first steps toward construction of the proposed $15.9 billion Delta Conveyance Project.

Under the umbrella of the Kern County Water Agency (KCWA), the board approved TCCWD's 100 percent participation in the first two years of the Conveyance Project's four-year planning and design phase. TCCWD's fixed financial commitment for the year 2021 will be $300,794 and $293,458 for the year 2022.

District Manager Tom Neisler told the board that the TCCWD's existing ad-valorem tax rate is sufficient to pay the fixed costs for this initial participation in 2021. The agreement between the KCWA and the State Department of Water Resources provides for a "pause button" for KCWA member units to withdraw from the agreement or modify their participation percentage after two years.

"Costs will escalate significantly during the years three and four of this agreement," Neisler said at a previous special board meeting November 13 to review the proposals. "We know the costs for 2023 [$489,097] and 2024 [$538,006] but have not committed to pay them at this time."

If any of the 14 member units in the Kern County Water Agency choose to opt out of the planning phase, the unassigned shares will go to the massive Metropolitan Water District of Southern California. The TCCWD's cost and percent of participation will remain constant.

The Delta Conveyance Project is the latest proposal in a series of unrealized plans to move additional water that originates in the snow packs of the northern California Sierras hundreds of miles through the ecologically fragile Sacramento-San Joaquin Delta to Central Valley farmland and on to populous, dry southern California.

TCCWD's full participation in the Delta Conveyance Project, Neisler said, will be in the $80 million range. Exact costs and financing options are not yet known. Project approval and entitlement is expected in 2024, with construction commencing in 2025 and completion with delivery of water in 2038 to 2040.

"We are making a decision today that will not produce a drop of water until 2038," Neisler said. "It's like taking delivery of water in sort of a time warp."

The one-tunnel Conveyance project replaces a more ambitious two-tunnel design called WaterFix that the California Department of Water Resources and U.S. Bureau of Reclamation had brought nearly to the final permit stage. In his State of the Union address on February 12, 2019, California Gov. Gavin Newsom expressed support for a new one-tunnel design that utilizes the environmental and planning work that had been completed. The federal bureau manages the Central Valley Project, which is a separate water delivery system from the State Water Project that serves Tehachapi

"There's the likelihood of this moving forward in a smoother fashion than in the past," Director Robert Schultz said.

"TCCWD needs approximately 53 percent of our Table 1 allocation to meet our customer's demands," Neisler said. "The long-term allocation projection from the Department of Water Resources is 48 percent, which is insufficient for our existing needs, let alone any additional growth or expansion. The resiliency of the Delta Conveyance Project is projected to increase the long-term allocation from 48 percent to 63 percent. This additional resiliency will help TCCWD meet our customers' needs now and in the future."

The TCCWD board also approved a KCWA member unit funding agreement "subject to legal counsel acceptance." TCCWD legal counsel Robert Kuhs said the agreement is "99 percent there," with non-material changes relating to the two-year commitment to be finalized.

"My vote depends on my trust in Robert Kuhs' advice," Director Kathy Cassil said. "Not having read the [final] document, I would otherwise be hesitant."

As a third element of the Conveyance proposal, the board approved the establishment of the Delta Conveyance Design and Construction Joint Powers Authority, which is a body that will coordinate the design, contracting and building of the project in partnership with the Department of Water Resources. The Kern Water Agency will have one seat on the seven-member Authority, Metropolitan will have one and the other seats will be divided among the other participating agencies. 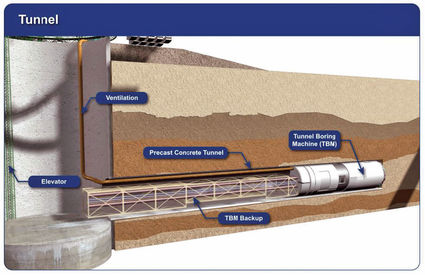 Directors Jonathan Hall, Robert Schultz, Kathy Cassil and Rick Zanutto voted "aye" on all three proposals. Citing cost concerns and a rush to deliver the board's votes to the KCWA, board President James Pack voted "no" on the three proposals.

"This project represents more water for Tehachapi at a lot more cost," Pack said. "I didn't agree with the cost, but I am glad the commitment was to two years, holding everybody accountable."