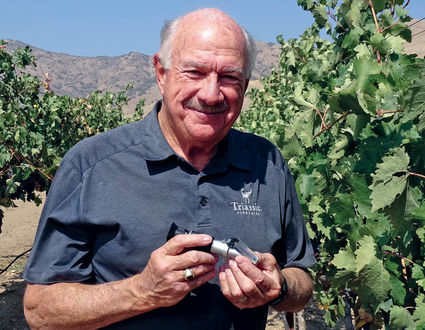 What may have seemed like an impossible dream in 2011 has almost become a reality.

The dream of becoming an AVA designated wine growing region is about to be realized. An AVA designation or American Viticultural Area refers to a growing district with unique characteristics. The fact that Tehachapi is 4,000 feet above sea level is unique in itself but also the soils and climate enter into the equation as well. Bob Souza of the former Souza Family Vineyard filed the first application but was denied because it did not meet certain criteria, namely acreage requirements. The application was filed with the government regulatory agency, Alcohol Tax and Trade Bureau which is a division of the Treasury Department. Thirteen years and four additional vineyards later, a new application was filed in 2018. The new Tehachapi Mountains AVA will stretch some 58,000 acres from the east end of Tehachapi Valley to the west end of Cummings Valley.

The AVA designation is quite an important distinction for the wine growers, the economy of Tehachapi and the burgeoning wine industry of California. The ability to market the uniqueness of what the French refer to as terroir, will serve to differentiate Tehachapi wines from other California varietals. Beginning in 2021, wine growers in Tehachapi may include the designation of Tehachapi Mountains AVA on their labels. Tehachapi will join other California AVA wine districts such as Napa, Sonoma and Paso Robles.

Many thanks for the tireless efforts of Julie Bell that have resulted in this long sought-after designation. Additional, thanks to Kevin McCarthy and his office aids who helped this dream become a reality. Thanks also to all the growers including Chuck McCollough who offered assistance along the way.

Jim Arnold, is president of The Tehachapi Wine Growers Commission and owner of Triassic Vineyards.