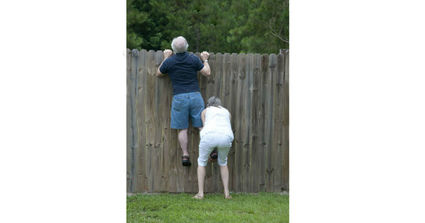 For several years Steve and Joanna Chambreau lived in the Silver Lakes community near Helendale, California, a small community in the desert near Victorville. It was an ideal location as long as they had the company of family there. When family members moved away, Steve and Joanna began to rethink their location. They decided to look for a nice, friendly community that was still close to Steve’s work at Edwards Air Force Base. Then they discovered Tehachapi and made the move in April – not long after the entire country shut down.

Steve is a physical chemist working on next generation rocket fuels at the rocket test site at Edwards. He said they are working to develop safer, less toxic and higher performing fuels. Steve has worked at Edwards since 2006. Joanna is a certified Holistic Health Practitioner offering alternative modalities of healthcare.

Steve is a native of Los Altos in the Bay Area. He has a brother who is now living in Wisconsin. He received his Ph.D. in chemistry from the University of California Riverside followed by a two-year post-doctoral fellowship in Detroit, Michigan. He loves music and has been playing since high school when he learned the saxophone. For the last seven years, he has been playing the violin and still plays periodically with a group in Barstow. His other instruments are guitar and harmonica.

For the last 15 years Steve has practiced martial arts. He said he started with Karate but now practices Aikido, a modern Japanese form. Prior to COVID-19, Steve had been teaching classes at Edwards.

Joanna was born and raised in a little town near Windsor, England. She has a brother now living in France, while her mother and one of her two sisters still live in England. She and Steve have been married for nine years.

Like Steve, music is a part of Joanna’s life. She has played the Celtic harp for over nine years. Hiking and tennis are her favorite physical activities and she is certainly in the right location for that. Joanna is hoping to become active in the local holistic community once the pandemic has passed.

Welcome to Tehachapi, Steve and Joanna. You have chosen a great place to wait out a pandemic.