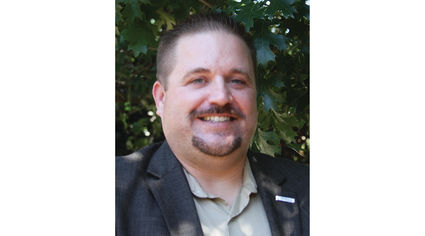 Restaurants in the city of Tehachapi have sprouted umbrellas and outdoor seating on city sidewalks and parking lots in response to closure of interior seating due to COVID-19.

"As long as it's safe, we are allowing outdoor dining on closed sidewalks and in private parking lots," Tehachapi Economic Development Coordinator and Assistant to the City Manager Corey Costelloe said at the Kiwanis Club of Tehachapi July 22 meeting.

"We waived outdoor dining permits. We waived rules about banners at curbside," he said. "We don't want them worrying about permits. They do what they have to do to survive."

Tehachapi's flexible approach to saving downtown businesses, he said, contrasts with that of many larger cities, which require a special event permit for outside dining.

The government's severe lockdown measures, he acknowledged, are issued from a public health perspective. His job is to shore up the small businesses that are suffering.

"My duty is to help small businesses navigate tricky waters," Costelloe said. "The tact we took is to be sure the business owners had what they needed. We provide a resource and recovery guide.

"We lost a few businesses and probably will lose more. It's heartbreaking. Let's figure out the best path forward to operate safely."

One business has been lost, he said, because it had not been open for a year and did not qualify for federal stimulus funding.

Nevertheless, he said, "We have a healthy downtown.

"The health of downtown is one of the biggest indicators of economic health. We don't have the resources to fight the health department. We are trying to navigate safely so we have something to build on."

The restaurant industry is expanding in Tehachapi, Costelloe said. Tacos El Superior, which started in a food truck in the Antelope Valley, will open soon as a brick-and-mortar restaurant in the former Dunkin' Donuts building. Following more than a three-year recruitment process with the city, Panda Express will open on the upper northwest Walmart lot. The Prime Bar and Grill – a restaurant at the SR 58 Summit intersection near the Flying J and Love's Travel Centers, that has had several names and owners – will present Indian and American food.

"There are many Indian truck drivers," Costelloe said. "The restaurant industry has been able to adapt."

Costelloe said the city's economy, despite COVID-19, will end the year, "in good shape."

"Finance Director Hannah Chung is good with the budget. She's conservative," he said.

Costelloe said that while some cities like Mammoth Lakes "live and die" on visitors staying in the city and paying the transient occupancy tax (TOT), "it's not a killer for us not to have that."

On the growth horizon for the city, the Sage Ranch development, he said, is an example of "the new urban planning" that includes a sense of community, walkability, scaled-down home designs and smaller spaces for homeowners to maintain. If approved by the Planning Commission and the City Council, the development will be built on the open property south of Valley Boulevard and west of the high school. The homes will be a mixture of housing options.

"It's a dense proposed master plan," he said. "People do not want to do yard work. There will be shared common spaces, pocket parks and sports fields. The yardwork will be done by the homeowners' association."

Costelloe, 40, a 1998 Tehachapi High School (THS) graduate, has worked for the city since 2017. He earned his undergraduate degree in journalism/sports broadcasting at Point Loma Nazarene University in San Diego, and his Masters in Public Administration at Cal State Bakersfield. He worked in athletics administration at Cal State, calling games and working public relations and marketing for the men's basketball and baseball and women's basketball teams.

His play-by-play broadcast of a National Association of Intercollegiate Athletics tournament basketball game in 2000 at Point Loma Nazarene University was the first collegiate game to be streamed over the internet in that school's history. Costello stepped in as the public address announcer for the THS Warriors football and basketball games in 2018 following the death of long-time "Mr. Warrior" announcer Ed Grimes.

"I look forward to continuing to announce the games when they resume in this year or in 2021," he said.

Data is crucial in understanding both sports and the economy," he said.

"There are parallels between sports and the economy," he said. "It's figuring a strategy to win. I spend a lot of time on metrics and statistics."

The Kiwanis Club of Tehachapi is a service club that meets weekly Wednesday at noon. The club will be collecting food for the Kern Food Bank at a one-day event Aug. 29. For information call Interim President Tina Cunningham, (661) 822-4515.