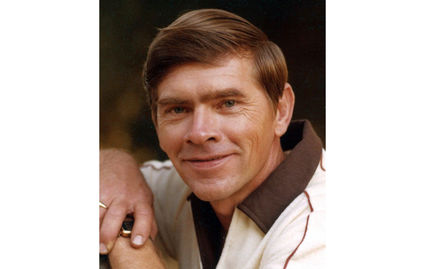 On the morning of Friday, Aug. 7, Paul Roger Beckett, loving husband and father, was called home to his Heavenly Father. Paul, at the age of 88, passed away peacefully in his sleep after his long struggle against Parkinson's disease.

A resident of Tehachapi since 1992, Paul was born on May 21, 1932 in Franklin, Ohio to Clyde and Wilma Beckett. He grew up in a farming community and graduated from Carlisle High School in Carlisle, Ohio, class of 1950. In school Paul enjoyed playing on both the baseball and basketball teams. He also participated as a thespian with the drama group. In 1952, during the Korean War, Paul joined the USAF. While stationed at George AFB in Victorville, Calif., he met a woman who would become the love of his life, Gloria. They were wed for what would be 66 years on May 1, 1954.

Paul excelled as a leader in the Air Force; he specialized in the then new jet engine aircraft technology. Shortly after being honorably discharged with the rank of Staff Sergeant from the USAF, Paul accepted an entry level position as a civilian employee of the LAPD. He remained a civilian employee of the city of Los Angeles until retiring 32 years later in 1992 as the Director of the LAPD Motor Transport Division.

Paul had numerous interests but overarching was a great appreciation for nature and a fondness of the outdoors. But first and foremost, he was a dedicated husband and a selfless father. He and Gloria crisscrossed North America many times visiting family and friends and making lasting new friends along the way. Paul enjoyed taking in historical sites and had gratitude for the sacrifices of those that came before him and those who are sacrificing now. Paul also traveled internationally gaining insight into many of the European and Asian countries.

Paul is preceded in his passing by his parents and his brothers, Donald and Wilbur. He is survived by his wife, Gloria; sons, Roger and Michael; grandsons, Casey Beckett, Esq., Maj. Cameron Beckett, Christopher Beckett, CPA., and Paul Beckett; great-grandchildren, Quinn and Oliver; brother, Clyde; nephew, Ralph; and nieces, Patricia Schlorman and Peggy Sue Rauch.

Paul was a parishioner at the Good Shepherd Lutheran Church of Tehachapi and a member of the Masonic Lodge 313.

Paul is sorely missed by many.

Paul will be privately laid to rest at Bakersfield National Cemetery in Arvin, Calif. The family requests that in lieu of flowers, memorial contributions be made in Paul's name to either the Wounded Warrior Project or the National Institution of Neurological Disorders and Stroke (NINDS). Funeral arrangements are entrusted to the care of Wood Family Funeral Service in Tehachapi. Condolences can be made online at http://www.woodmortuary.net.