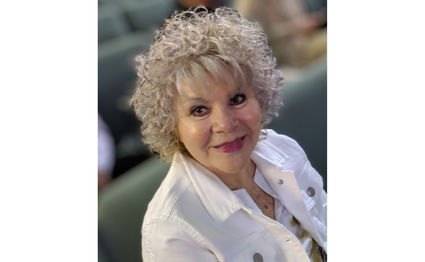 On July 17, Sofia Romero Gregory, beloved wife, mother, grandmother, great-grandmother, aunt, sister and friend, passed away due to diabetic complications in the comfort of the home she shared with her husband, Kenneth Gregory, in Tehachapi.

She was born on Feb. 2, 1945 in Mexico City, Mexico to Socorro and Javier Romero and immigrated to Pacoima, California as a young girl with her parents, five older brothers and one older sister (her younger brother would later be born in California). She spent many years living and raising her own family in the San Fernando Valley. With her children grown, she moved to Malibu and later spent a few years in Puerto Vallarta before meeting her beloved husband, Kenny, and moving to Tehachapi.

Sofia was a hands-on mother who not only stayed home to raise her children, but coached them in soccer as one the first female coaches in her region. She took them on trips, was the Girl Scout Troop Leader and volunteered at each of her children's schools. She was also a hard worker and went back to work selling insurance and then worked as a bookkeeper for professional photographer Peggy Sirota.

Sofia loved her family fiercely and treasured her grandchildren and great-grandchildren. She could be seen cheering them on at their soccer games; clapping and taking pictures at their school events; and celebrating with them at birthday parties and on holidays. She shared her love of traveling with her grandchildren and took them up and down the West Coast, Canada and Mexico. Sofia also loved to cook for her family and looked forward to hosting her annual tamale-making party and any other reason to celebrate with loved ones.

Sofia is survived by her loving husband, Kenny, and three children, Emma, Jeannette and Raymond. She will be missed by her nine grandchildren, Tatiana, Rhiannon, Emilio, Vanessa, Ella, Camillo, Alejandro, Leonardo, and Anthony, as well as her four great-grandchildren, Dominic, Diego, Damien and Caius. She is remembered by her seven brothers and sister, countless nieces and nephews, and many more friends.

She is welcomed into Heaven with open arms by her beloved mother, Socorro, and baby daughter, Hermina.

There will be a small memorial for Sofia via Zoom on Monday, Aug. 24 at 6 p.m. In lieu of flowers, memorial contributions may be made in Sofia's name to any diabetes foundation. The family suggests the American Diabetes Association, The Children's Diabetes Foundation and DiabetesSisters, JDRF.

Funeral arrangements are entrusted to the care of Wood Family Funeral Service in Tehachai. Condolences can be made online at http://www.woodmortuary.net.