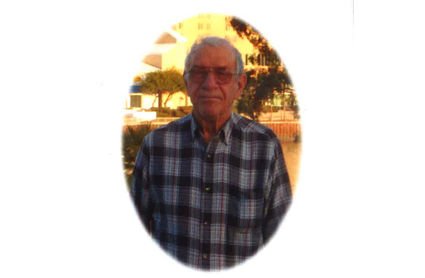 Robert was the next to youngest and by the end of World War II, only he and his younger sister were left at home. Three of his brothers enlisted; one was killed in Belgium at the age of 19. In 1944 his oldest brother gave the family 80 acres of farmland and Robert became a tenant farmer at the age of 17. He had to give up farming in 1953 when another drought ended that career.

After working various odd jobs, Robert took a very competitive exam and was accepted into the Santa Ana, Calif. Fire Department from which he retired as Captain. He married in 1954 and his only child, Cindy, was born to that union which eventually ended in divorce.

When his second wife, Joyce, became severely allergic to their environment, they searched much of the west for a place to live before settling in Bear Valley Springs in 1986. Following Joyce's death, Robert moved to Sacramento but missed Tehachapi and soon moved back and is remembered as a member of the congregation of the Tehachapi Community Congregational Church.

Robert moved with his daughter Cindy and her husband Fred to Bullhead City, Ariz. until his move to Montrose.