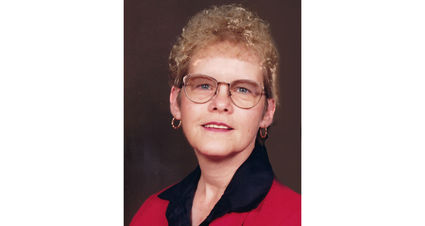 Bonnie passed on Monday, May 24, in her sleep at Adventist Hospital in Bakersfield after a fall in her home and subsequent medical complications.

She was very loved by all of those who knew her and were blessed by her presence.

Bonnie grew up in Candor, New York, and went to Candor High School. Her first job was working in the library at Cornell University where she met her first husband, Wilford Batsford. They were married in September 1966. In 1967, she gave birth to her son, William.

In 1975, Bonnie relocated to Simi Valley, Calif., where she met her future husband, Thomas Chugg. They were married in 1981.

She worked for Litton Systems in Woodland Hills where she was the head secretary of Engineering.

While living in the San Fernando Valley, she worked at the Jewish Home for the Aging in Reseda as the executive assistant to the director of nursing.

After the passing of her beloved husband of 27 years, Thomas Chugg, in 2008, she moved to Tehachapi in 2009 to be closer to her family.

Her love for service led her to volunteer with the Tehachapi Community Theatre. She loved ushering and greeting theater goers with her warmth and smile. Bonnie also served on the Board of Directors of the Tehachapi Public Cemetery District where, once again, her compassion and service to others was at the center of her work.

Bonnie is survived by her son and daughter-in-law, William and Missy Batsford; grandsons Travis and Kaleb and great granddaughter, Riley; her sister Janice Wheeler; and by her stepson and his wife, Kenny and Barbara Chugg.

She will be missed by all who knew her and the results of her legacy of service to others will go on for years to come.

In lieu of flowers, the family is kindly asking for donations to Bonnie's organization, Tehachapi Community Theatre.