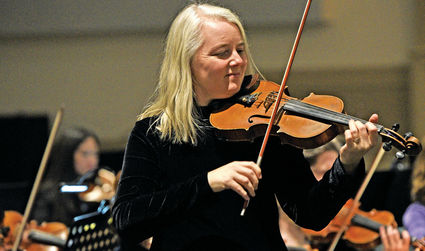 In performance at the March 1 concert is guest violinist Julia Lawson Haney.

What does Antonio Vivaldi and his passion of the Earth's four seasons; Richard Wagner and his love for his wife Cosima; and the 250th Birthday of Ludwig Van Beethoven all have in common? A wonderful musical performance of their works was performed by the Tehachapi Symphony Orchestra at their annual spring concert on March 1 under the baton of David Newby. 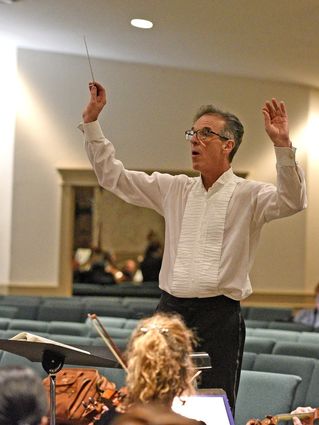 The afternoon started with Wagner's "Siegfried Idyll." It was written as a surprise birthday composition for his wife, Cosima. It was far, "softer and more lyrical, than many of the other works written by the Wagner we most often hear," said musician Gayla Giddings.

Closing out the afternoon was a celebration of Beethoven's four movements, "Symphony No. 7 in A Major, Op.92."

The orchestra's Conductor and Music Director Dr. David Newby will be in Europe in December on a conducting tour. He is currently seeking choir singers who might be interested in joining him on tour. Newby can be reached at dnewby@avs.edu.