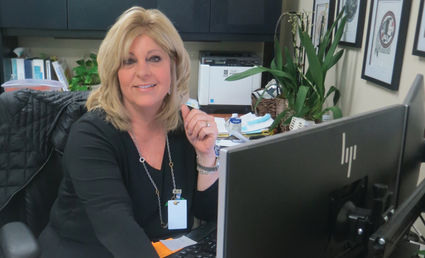 The Tehachapi Unified School District (TUSD) is prepared to meet the provisions of the California Senate bill that prohibits the suspension of students through the eighth grade for willful defiance, according to the Superintendent of Schools.

"We have the practice in place that aligns with the Education Code," TUSD Superintendent of Schools Stacey Larson-Everson said. "We don't suspend TK [transitional kindergarten] through grade three for willful defiance – that's already in place."

For the higher grades, she said, the suspension and expulsion rates at TUSD are low, and the district fully embraces the Positive Behavioral Interventions and Supports (PBIS) framework, which emphasizes rewards for positive behavior rather than punishment for negative behavior.

The district also follows the restorative justice model for resolving disputes, conflicts, misbehavior and bullying.Restorative justice empowers students to understand harm they may have caused, gives them tools to make it right and provides teachers and administrators with collaborative solutions.

Senate Bill 419, scheduled to become part of Education Code 48900 on July 1, 2020, would extend the existing grades K-3 suspension prohibition to include grades four and five permanently, and adds grades six through eight until July 1, 2025, when its effectiveness will be assessed for those two grades. The prohibitions apply to charter schools. The Charter School Development Center is the only organization that opposed the bill. Forty organizations supported it.

Sen. Nancy Skinner (D-Berkeley), the author of the bill, asserted that without the extension of the existing prohibitions in the Education Code to higher grades, "Students in grades four through twelve may be suspended from school for minor misbehaviors, such as refusing to take off a hat, talking back or falling asleep in class. These needless suspensions are referred to as willful defiance and often occur without consideration of the root of the students' actions." [From the Senate Floor Analysis].

The new Education Code provisions in SB 419 are duplicates of the wording in the existing prohibitions for grades K-3. A pupil, the code says, cannot be suspended "for disrupting school activities or otherwise willfully defying the authority of supervisors, teachers, administrators, school officials or other school personnel engaged in the performance of their duties."

Students may be suspended for violence or for bringing weapons and illegal drugs to school.

The bill allows teachers and administrators some discretion:

"[T]his bill retains the authority for teachers to continue to suspend from class for up to two days a pupil in any grade who disrupts school activities or otherwise willfully defies the valid authority of supervisors, teachers, administrators, school officials or other school personnel engaged in the performance of their duties." [Senate Floor Analysis].

Suspended students either remain in school in a location other than the classroom or they are sent home.

Expulsions are more serious than suspensions and arise if the student presents a severe or dangerous behavior problem. The TUSD Board of Trustees, in closed session, decides if a student should be expelled. An expelled student then is obliged to enroll at another school district, often an alternative community school administered by the Kern County Superintendent of Schools. The TUSD expulsion rate in 2017-2018 was less than .2 percent, Everson-Larson said.

Compliance with the provisions of the bill is linked to state funding.

The Sente Floor Analysis says, "One of the eight state priorities for purposes of local control and accountability plans (LCAPs) and the local control funding formula (LCFF) is pupil engagement, as measured by suspension and expulsion rates. In their LCAPs, school districts, county offices of education and charter school have to explain what actions they are taking to achieve the goals they've set for each state priority, including goals for reducing suspension rates."

The "no suspension"approach to classroom management already has had an impact. Suspensions for willful defiance are down approximately 82 percent since 2011-12, according to the Senate Floor Analysis. 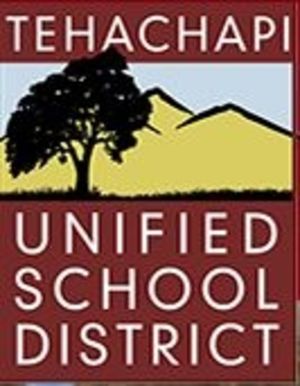