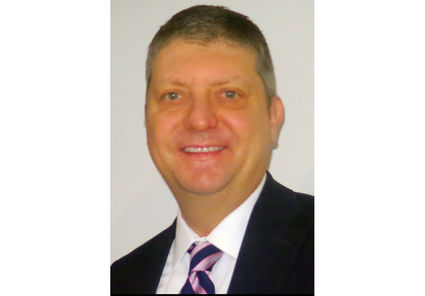 "We cut only 12.8 percent. Fire [Dept] was never cut. We did not cut the Sheriff or the DA," 2nd District Supervisor and Tehachapi resident Zack Scrivner said in his presentation at the Jan. 8 Greater Tehachapi Economic Development Council meeting at the Slice of Life Enrichment School.

With the submission of the 2019-2020 budget in August, the supervisors declared an end to the fiscal crisis.

A significant drop in oil prices and a 70 percent increase in employee pension costs over the past 10 years combined to produce the deficit. "We lost $50 million income from oil in a $370 million general fund," Scrivner said.

The supervisors reduced the retirement benefits for new hires, he said, but did not reduce those benefits for people already employed by the county.

"You can't take away what was given," he said.

The pension cuts will be implemented fully over the course of 20 years.

An improved economy as well as the arrival of new businesses helped stabilize the county's fiscal outlook. In the last three years, new and growing businesses have added 5,000 jobs to the county.

"We started to lose pace with other districts," he said. "Bakersfield Police Department pays more. We made strategic increases of 16 percent or 1 percent, depending on where the employee is in the hierarchy."

The county is tackling the homeless problem with $2 million for a low-barrier 150-bed shelter, which means the residents don't have to be sober and they can enter with a girlfriend or boyfriend and a dog. The shelter will be up and running by next month (February) and will have "wrap-around" services to provide help with food, hygiene, laundry, mental health, drug counseling and employment assistance.

Currently there are 18 large-scale projects in Kern County that require Environmental Impact Reports.

Scrivner said that actions by the liberal majority in the California legislature threaten the existence of the oil and gas industry, which provides high-paying jobs and $9.1 billion in revenue to Kern County. The result, Scrivner said, would be an economic crisis in Kern County.

"If they eliminate the oil industry in Kern County, imagine what the impact would be."

Kern County, he said, produces 80 percent of the oil and 46 percent of the gas exploration in California. Kern County crude on the west side is heavy and requires steam injection to extract, making it a target for additional regulation.

"On Dec. 10 I made a referral to staff to take a stand against the governor's attack," Scrivner said. Three of the governor's team, including the head of natural resources, agreed to attend the Jan. 14 supervisor board meeting to hear testimony from oil industry representatives "on the devastating impacts the state's actions are having on our largest industry."

In other Economic Development Council business, Adventist Health Director of Acute Care Services Alida Lorenz read a poignant letter from a man who had brought his wife to the hospital emergency room and observed the hospital medical team's heroic efforts to save another woman's life. After 20 minutes of intense efforts, from behind the curtain he heard, "We have a pulse!" and the patient survived. 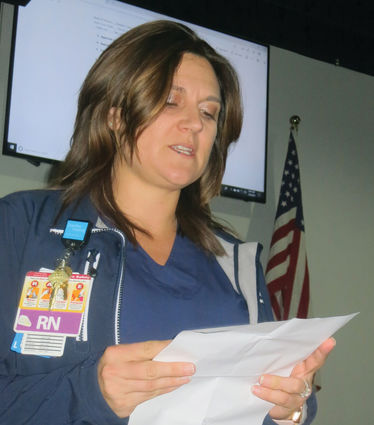 City of Tehachapi Economic Development Director Corey Costelloe said the surveys of businesses affected by the power outages reveal that revenue losses averaged $2,500 , not including overtime. One local business, which handles company data for several sites in other states, almost lost a giant contract when it could not process the order.

The former Dunkin' Donuts building on Tucker soon will be the home of Tacos El Superior, a "fast casual Mexican food" restaurant owned by a family in Lancaster who is adding a brick and mortar site to its current taco truck.

Sandy Chavez said the Salvation Army (SA) collected $37,000 in the kettles this year. The donations help local clients through the Tehachapi Salvation Army Service Center. At Christmas, the local SA gave 885 toys to 350 children in 118 families.